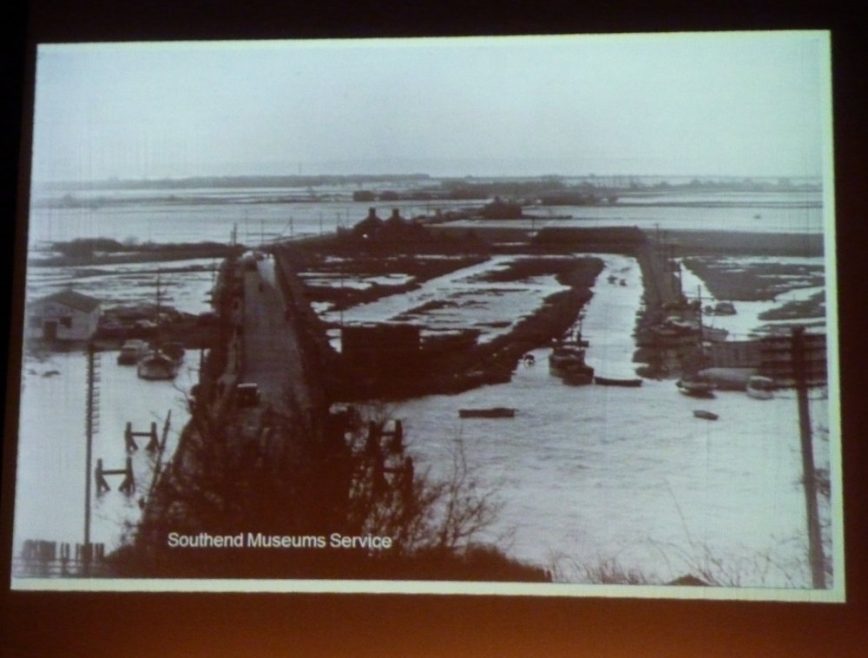 A great picture of the bridge

Today I with other members of the Archive attended the Sharing Our History: 1953 Essex Floods event at the Clifftown Theatre, in Nelson Street, Southend. The event was chaired by Martin Astell, Sound Archivist at the Essex Record Office who talked to us about the importance of recording oral history before showing us a short film by the BBC about the flood as it affected the people of Essex.

Patricia Rennoldson-Smith, whose book on the floods ‘The 1953Essex FloodDisaster: The People’s Story’ has just been published gave a short talk about her experience writing the book and all the people and the stories she was told. She was followed by Malcolm McGregor who talked about his and his families experience in Leewick during that night and the aftermath.

Several members of the audience then recounted their stories before we retired for refreshments and an opportunity to buy Pat’s book which covers the whole of Essex but Canvey Island is by far the longest section. Her book will be officially launched on Canvey Island on the 5th December at the library, time to be confirmed. 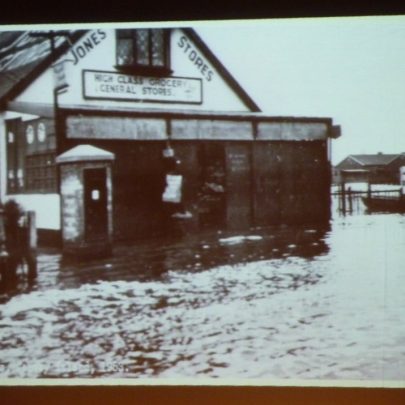 Jones Store and the bear 'Canvey Will Rise Again' 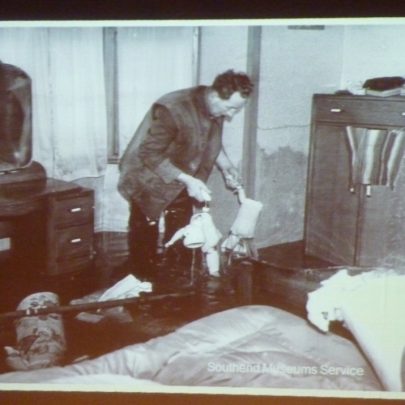 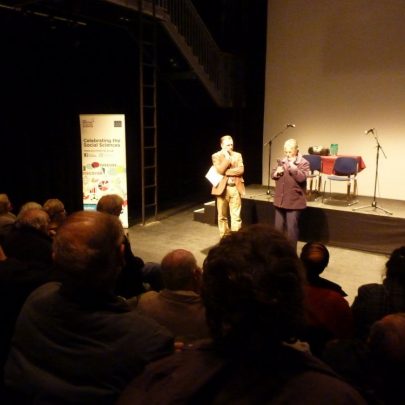 Martin Astell and one of the audience telling her story 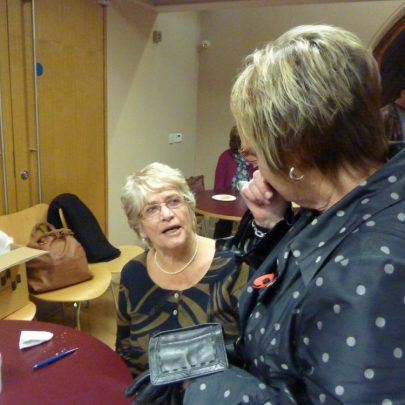