The Search for Coal in Essex 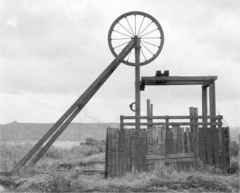 Combermere Pit near Atherton c1960. Would this have been how a mine on Canvey would have looked?

The extract below is from‘Essex Rock. A look beneath the Essex Landscape’ written by Gerald Lucy. The extract tells us how there was a possibility that Canvey could have been a coal mining town if the borehole that was drilled in 1964 had found what was thought to be deep in the Devonian rocks below Canvey. What kind of place would Canvey have been? We have had Gas, we were threatened with Oil and by the sounds of it they thought we had Coal. What is it about Canvey that makes it such an important place? 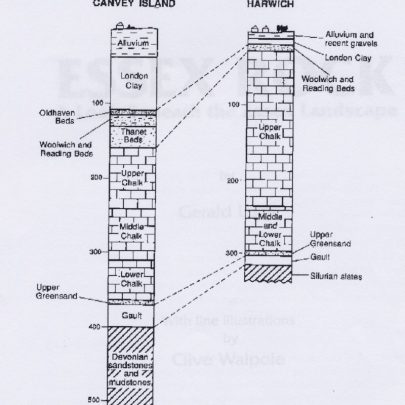 The results of the Canvey and Harwich boreholes. Shows variations in the thickness of each geological formation across the country. The depth below ground level is shown in metres on the left
Illistration by Clive Walpole 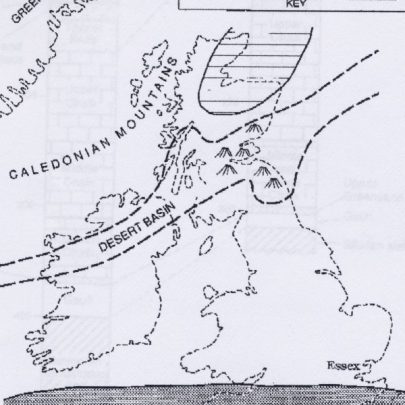 Geography of Britain during Devonian times (approximately 370 million years ago) Essex was part of a low lying area between mountains and sea, occasionally being flooded as the coastline changed position. Sandstones and mudstones of Devonian age occur at depth beneath most of Essex. Britain at this time lay just south of the equator and the Atlantic Ocean did not exist
Illistration by Clive Walpole