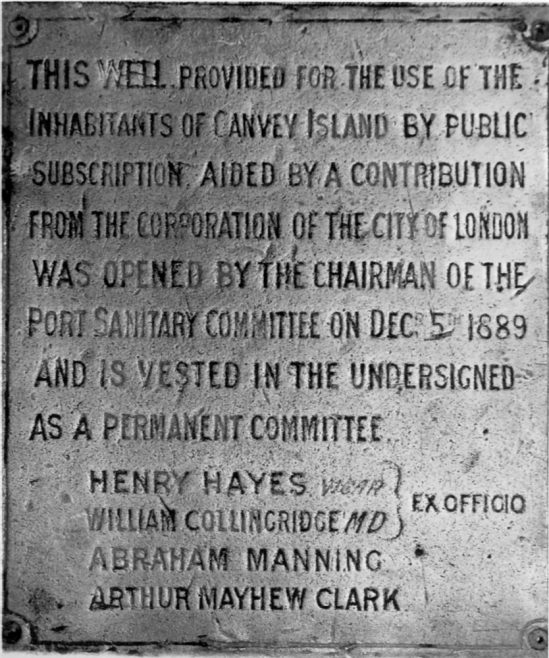 Metal Plaque marking the site of the Village well and pump when opened on 5 December 1889. Vested in a committee

We have lots of pictures and stories on the archive about the Village Pump but some details have been missing which I think has now been provided by Frank Whitnall former Canvey teacher and writer of many historical articles in the Countryside Magazine.

As we know the pump was originally built in 1889 at the north end of Haven Road. The original trough was made of metal and the roof was thatched. The Metropolitan Horse Trough Association eventually provided a granite drinking trough. 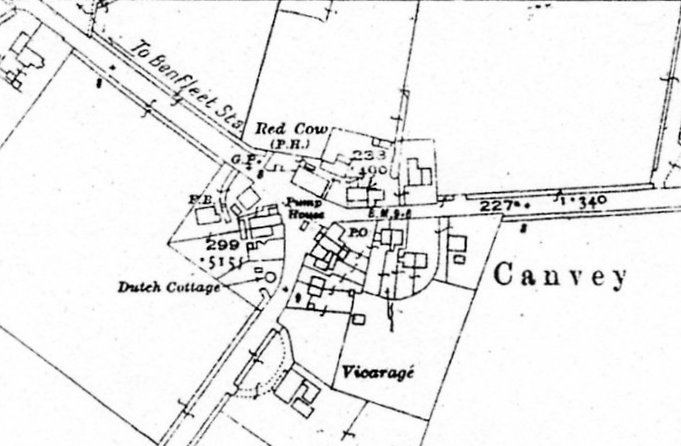 The pump itself was removed about 1922 following water supplies being laid on by Southend Water Co. The Granite trough and thatched roof remained in place.

In the end, about 1937, the old pump had to be removed completely due to the upgrading of the road and allowed the newly arrived tankers better access to Haven Road. A metal plaque was placed in the road where the well was situated. The trough was place on the forecourt of the Red Cow pub near the junction of Edith Road. The granite horse trough were eventually donated to the dutch cottage museum, unfortunately the thatched roof fell apart and could not be saved. Late the metal plaque joined the trough at the Dutch Cottage Museum.

At the same time the Old Red Cow Pub was demolished and the new Red Cow Pub (now known as The King Canute) was built further back where it remains today. 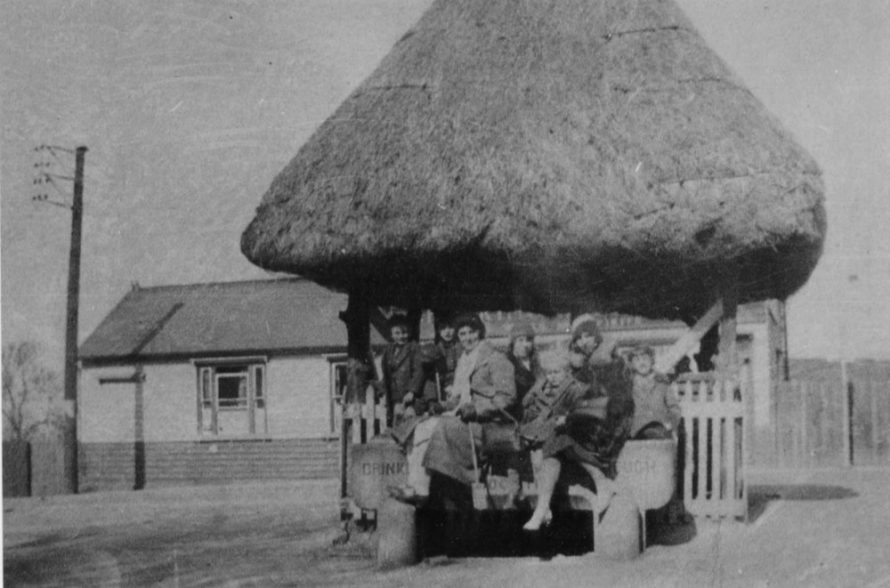 Village Pump and Horse Trough in front of the Red Cow PH. Taken c1926 by the Mellor family.

If you know anymore or can correct me please comment below.