In A Quiet Corner 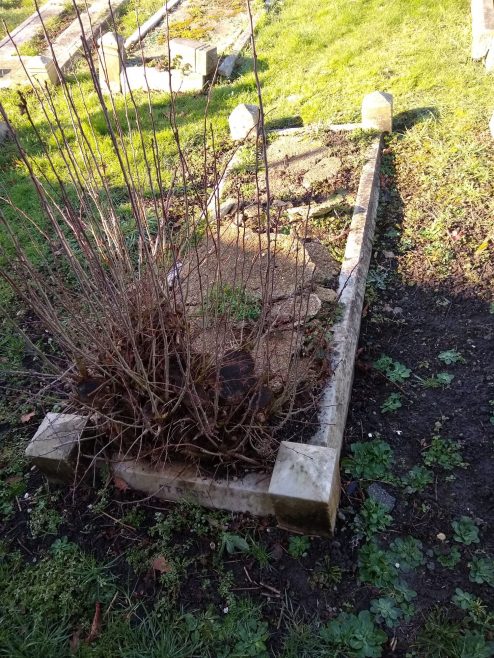 In a quiet corner of St Katherine’s Churchyard is a neglected grave of Christopher Thomas Challis and his wife Eliza Marie. It is not clear from the records we have when the couple came to Canvey but it was possibly after the 1918 Electoral Register as they are not registered. However we have not been able to find them in the 1911 census anywhere. They appear in the 1929 register as living at ‘Les Dunes’, in Aalton Avenue.

This is where it starts to get interesting. George Christopher was with his parents at ‘Les Dunes’, Aalton Avenue in 1929 along with his French wife Marie Antoinette they had a son George Christopher Joseph Challis b1919 in Kensington so would have been 10 in 1929. George and Marie were living in Charlton according to the 1911 census and in Kensington in 1919. From the information so far it would appear that either George and his wife moved to Canvey between 1919 and 1929 and brought his elderly parents with them or the parents were here first and George and family joined them. We will probably never know. But George’s story is of interest. 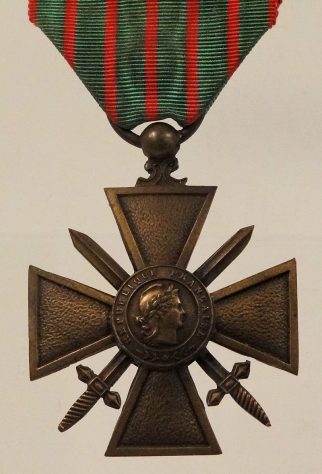 George Christopher Challis in the 1911 census was a motor mechanic which is likely why during WWI he served as a private in the RASC 2nd Motor Ambulance Convoy. It would seem likely that he met his French wife whilst he was stationed in France as they married soon after in 1918.

In WWII he served in the Royal Air Force Volunteer Reserve. Initially as a Pilot Officer then confirmed as Flying Officer in 1941 and eventually he became a Flight Lieutenant. What happened to him we can only guess he died in 1941 and was buried in the Buchanan Churchyard Extension aged 53. The Buchanan Churchyard Extension was where some of the patients from the military hospital at Buchanan Castle near Loch Lomond, Scotland were buried so was he a patient and died from his injuries? (NOTE:Just found his probate papers and it confirms he died at the hospital) 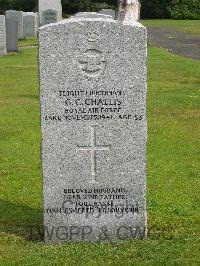 The hospital at Buchanan castle is the same place Rudolf Hess was taken after he crashed at the end of his flight to the UK in 1941.

George was a recipient of the French Croix de Guerre at some point but no details are known.

At the time of his death his wife Marie was living at Blairgowrie, Perthshire, but the family home was in Stoke Poges, Buckinghamshire. 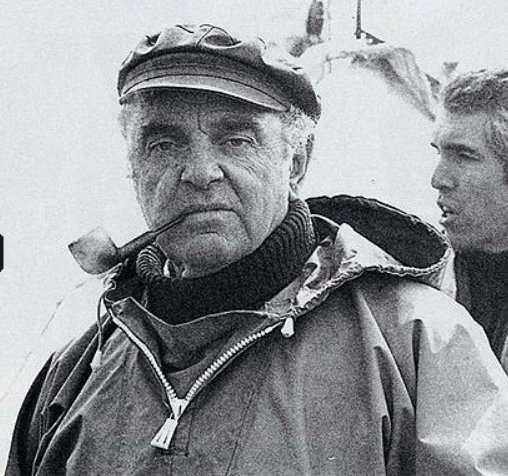 What of their son George Christopher Joseph Challis? He was born in 1919 at 30 Fulham Road, Kensington, one article noted his father was a chauffeur, another said he was an engineer and car designer. He went to Kings College School, Wimbledon later joining Gaumont British News as an assistant in the camera department. He went on to be a distinguished cinematographer on more than 70 feature films including Those Magnificent Men in Their Flying Machines and Chitty Chitty Bang Bang. Now how much time he spent on Canvey is pure guesswork. The family were here from before 1929 until at least 1934. George Christopher (he preferred to be called Christopher) may have been a border at Kings College so it would only have been on Canvey during school holidays and/or weekends.

My personal feeling is Christopher Thomas and Eliza Marie were the first to live on the island, they were already elderly. Perhaps the extended family had spent holidays here. Perhaps they needed help as they got older and infirmed so George and Marie came to stay to help them and with George Christopher boarding at Kings they felt free to do so. George Christopher wrote his memoirs ‘Are They Really So Awful?’ in 1995 perhaps I need to read them to find out if Canvey had any influence on his life. He died in 2012.

UPDATE: The photo of their grave has been updated and additional information from great granddaughter Sarah has been received and added below.

‘My great grandfather had a very long family connection to Brighton. The family ran the London Brighton stagecoach and owned the famous Greyhound Inn. He was a Conservative Councillor and a founder member of the Primrose League. At some point he was British Consul in Dieppe.

My father remembered his grandparents with fondness although his tiny grandmother was a martinet. He suffered from mastoiditis and stayed for some months with them on Canvey to recuperate . He became good friends with the Prout brothers and messed about in boats with them.‘