A graveyard is not something most of us think about. It is there, we see it but we do not think about it. 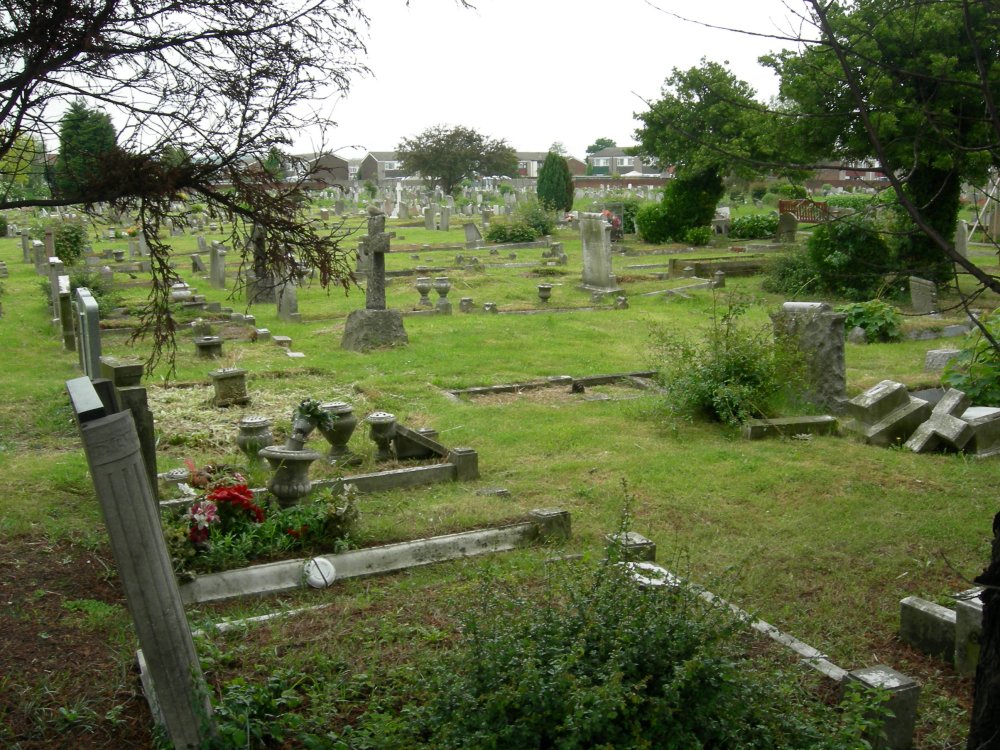 One of the earliest entries in the Burial Registers is that of Antonio Febrio, a native of what looks like ‘Almorca’ (not very clear), he died on board the Honourable East India Co Extra Ship ‘Regent’, bound from Bengal to London. The Master was James Haig. The date of burial was 26 September, the year is not clear but it was between 1813-1821.

To local and family historians a graveyard contains a wealth of information either about their own families or about the people who have lived in a particular location.

Memorial Inscriptions are like ‘pages’ of history and St Katherine’s graveyard contains many ‘pages’ of Canvey’s history. Together with the burial registers I have found several interesting ‘pages’ just waiting to be read.

There is Ebenezer Mather founder of the Fisherman’s Mission that I have written about in another article. What about Willoughby Collier MBE (Member of the British Empire) d 1943 aged 72.  I am sure there is a story to be told.  Major William Cragg SA d 1935 aged 78.  Does the SA stand for Salvation Army?

Then there are the war graves from both world wars. John E Battram d 1919 aged 24, a seaman on HMS ‘Kilkeel’.  Lesley N Carter d 1947 aged 27 of the Royal Scotts Guards. There are pilots and merchant seamen all with a story to tell. There is a memorial to a soldier who was killed at the Somme, Reginald McLean Scott.  Hugh Murray of the merchant navy, a fireman on the SS ‘Samlong’ who died in 1944 when the ship was badly damaged by a German torpedo boat off Normandy.

In the burial register I found Vincente Garcia who died in 1922 aged 21 from a Spanish ship. D M Dowd in his ‘Canvey Cyclopaedia’ writes ‘A 21-year-old Spanish seaman drowned off Hole Haven and was buried in St. Katherine’s churchyard by the R.C. priest, Father Gilbert, at a funeral attended by the crew of his vessel and a coastguard party, on 27/5/1922.   A number of men were killed outright when the SSs Matatua and American Merchant collided off Hole Haven the latter on its maiden voyage to Tilbury. 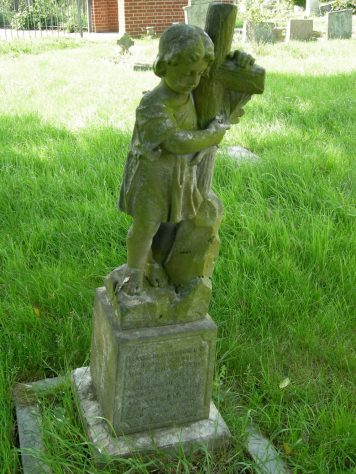 The most poignant of all the memorials are the children’s, with some as young as a few weeks old.  Such as Frederick Finch of the Dutch Cottage aged 17 weeks he was buried on the 17 December 1919.

So many stories, ‘pages’ of Canvey history waiting to be told.

You can find ‘St Katherine’s Churchyard’here where you can search by surname.