You are here: HomenextTodaynextWe are Entertainers - an eye opener!

We are Entertainers - an eye opener! 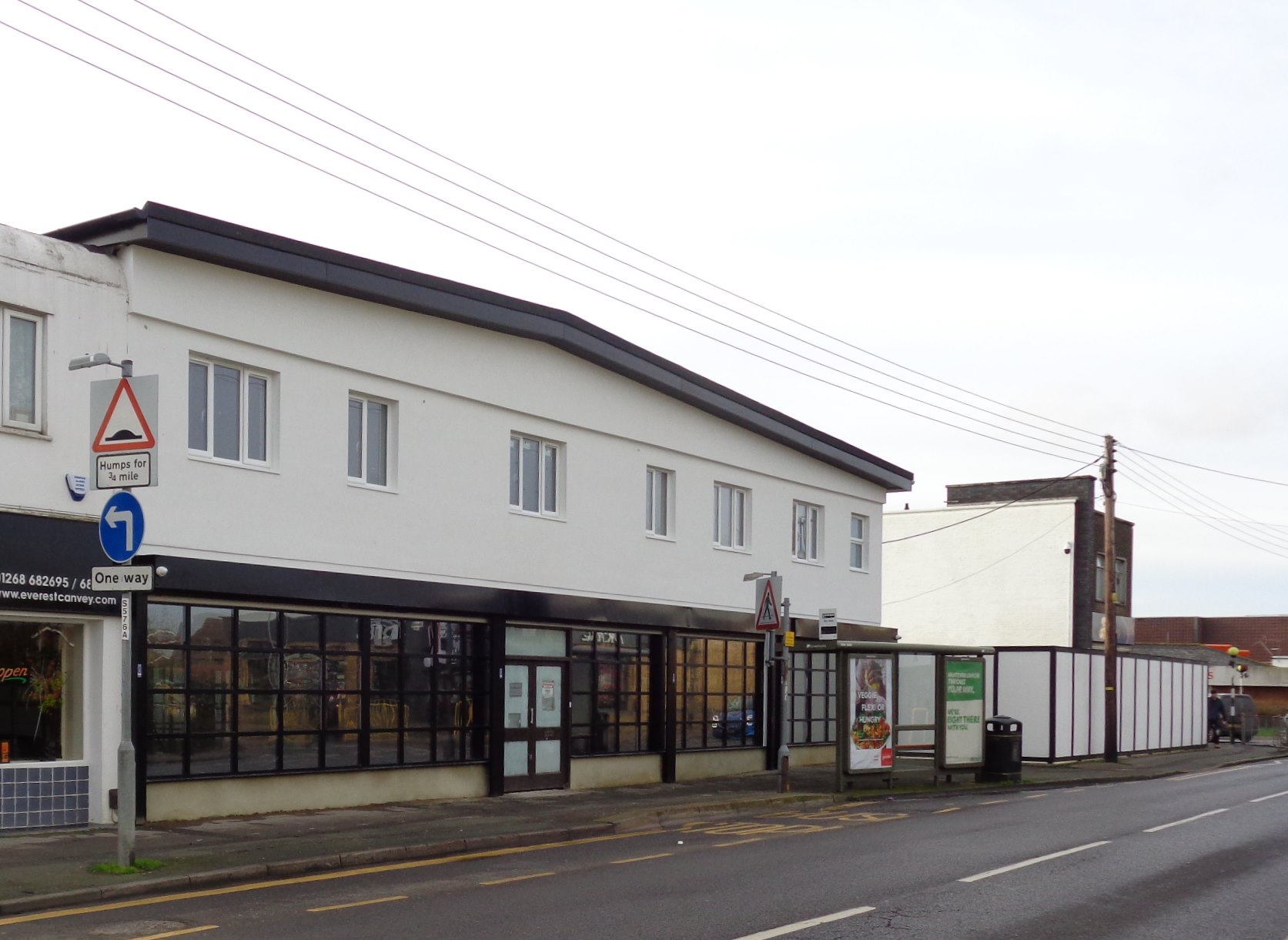 Who knew that while we were coping with a pandemic and 3 lockdowns that wonderful things were afoot in the former Canvey Supply building in the High Street? Oh yes, quietly, changes were taking place to transform the old builder’s merchants into a new hub for Mike Taylor’s entertainment business including a dance and theatre studio. Jan and I were recently treated to a guided tour, facilitated by Ray Howard MBE, of the new premises. 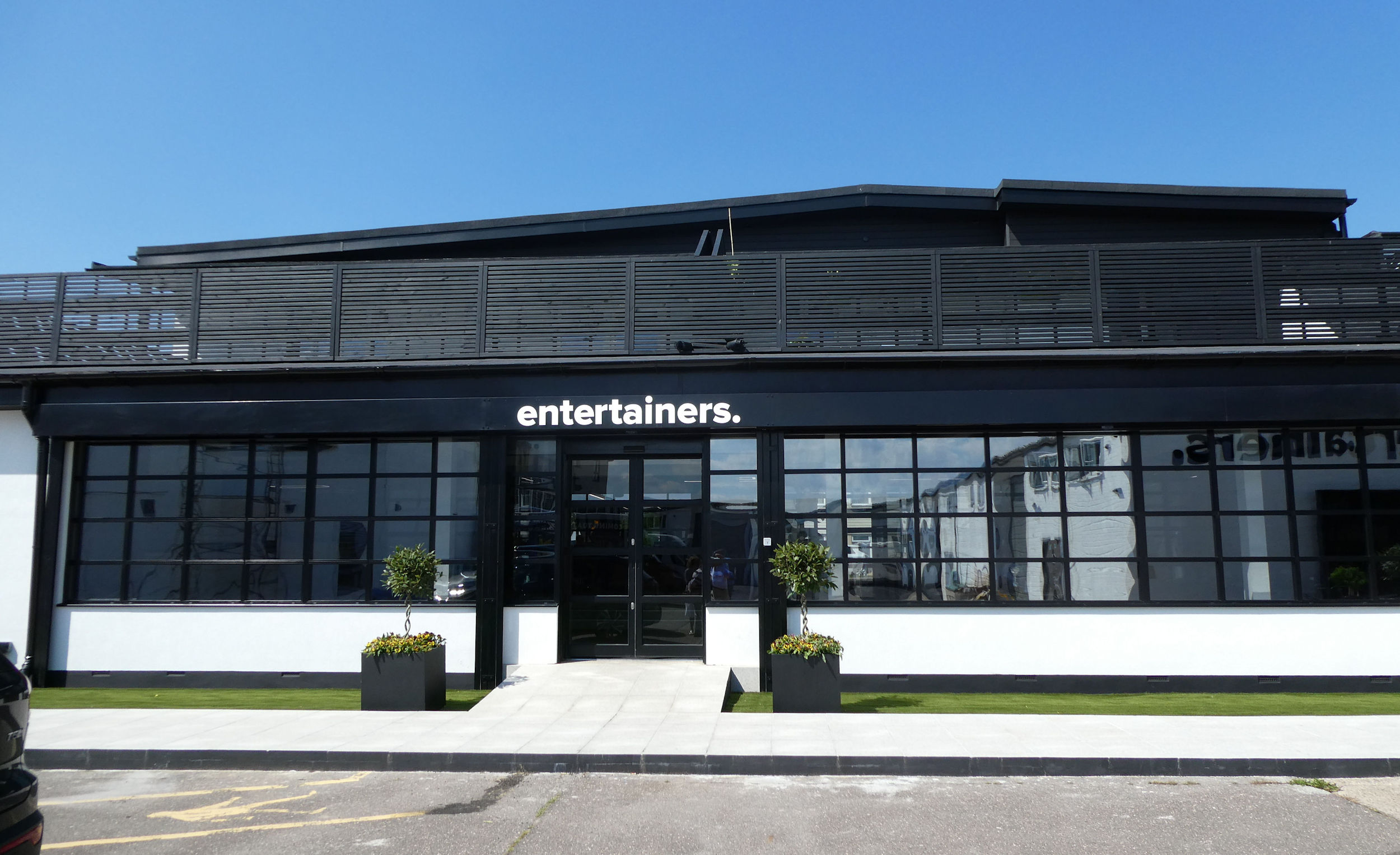 We were very impressed by the new office suites which replace the old bathroom displays and shelving full of hardware. We met the team that works there, the majority of whom have been recruited from Canvey. We were then treated to a sneak peak at the newly created dance and theatre studio which also incorporates a sound studio, all housed in a sound proofed building on the south side of the former goods yard. To get there we passed the old wood shed which is now a storage facility to house the company’s equipment, while in the goods yard there were several vans parked which take productions not just all over the UK but internationally too. At the moment the vehicles are blank canvasses awaiting their new signage. When we returned to the smart new building we were also shown one of the refurbished flats on the first floor. They have wonderful views of the Benfleet Downs and Kent. 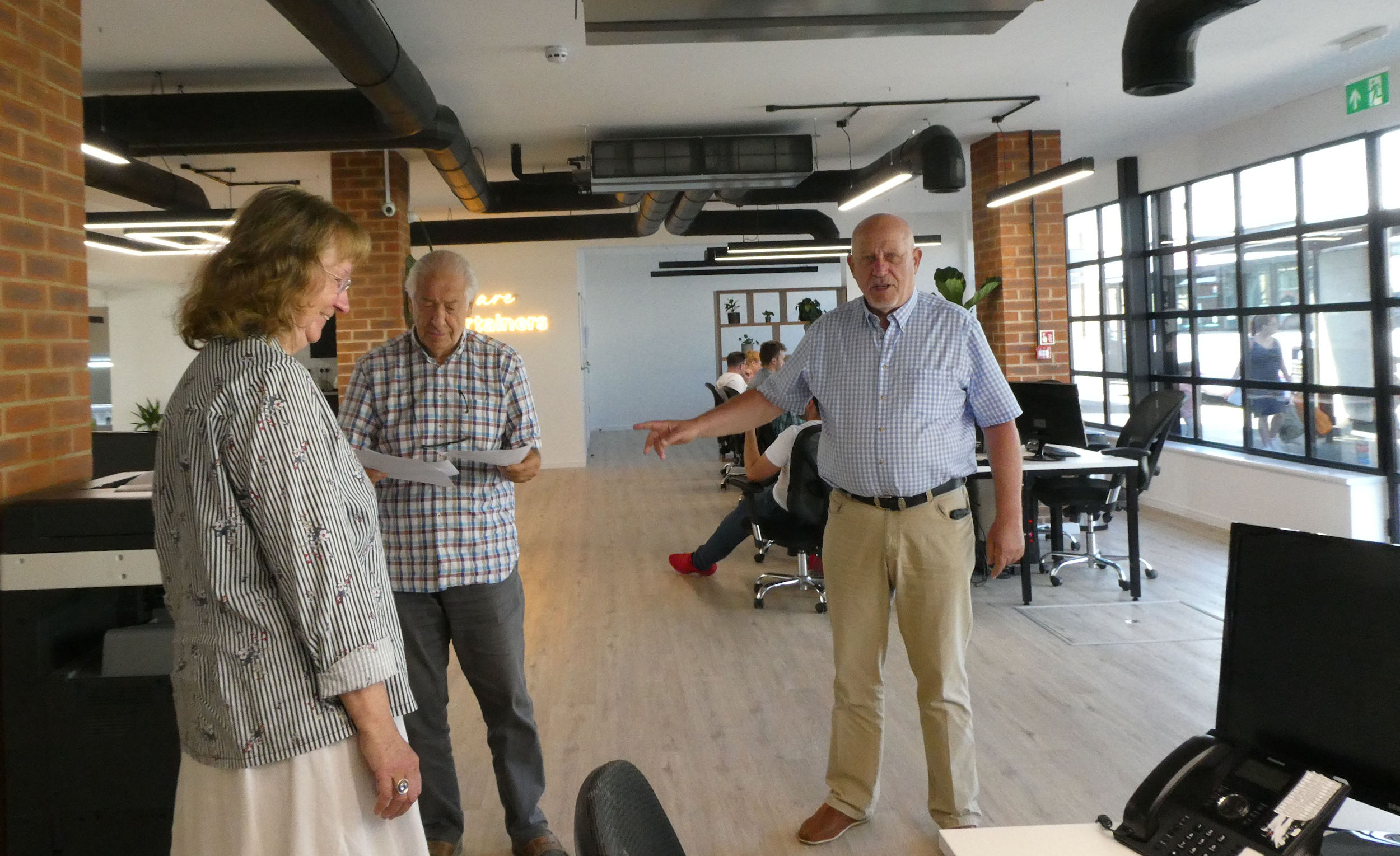 Mike shows us round the new offices. Photo by Janet Penn

Isn’t it great that instead of again demolishing an iconic Canvey building and replacing it with yet another block of flats, we now have a dynamic international company which will create jobs and provide another outlet for all the talent that the Island has to offer as is shown by the popularity of local dance and theatre groups.

How nice to have something constructive and not destructive happening on the Island and it’s all down to the vision and hard work of Canvey man Mike Taylor. 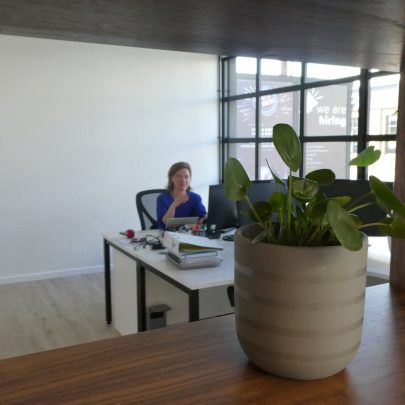 The overseas department - is she in isolation? :)
Janet Penn 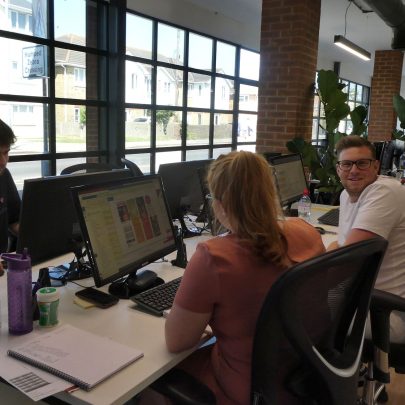 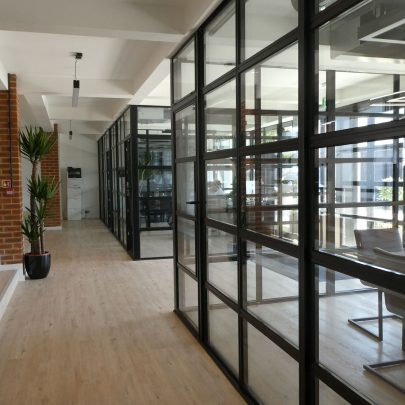 Great airy offices. Can you remember the aisles of diy hardware?
Janet Penn 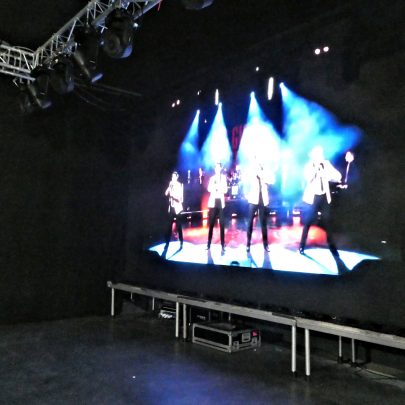 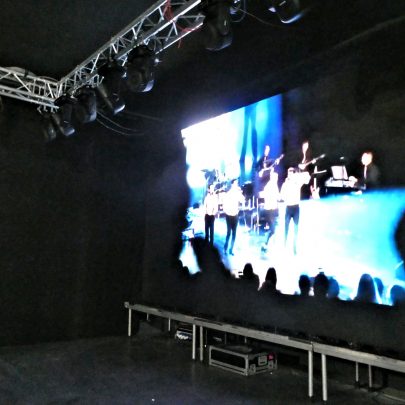 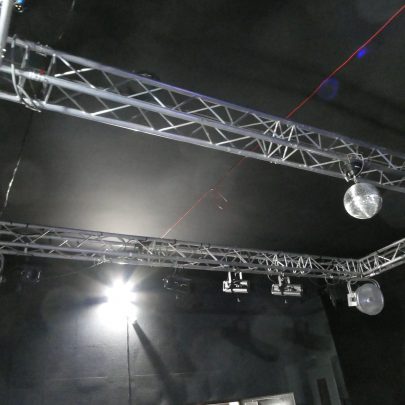 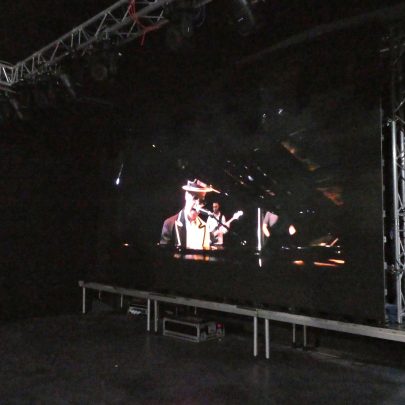 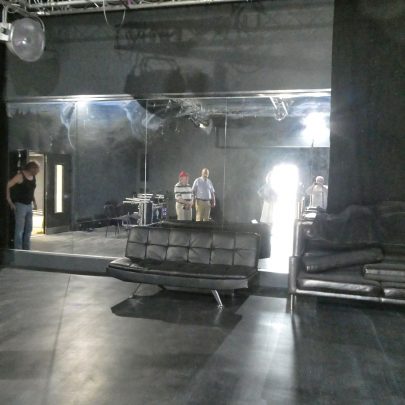 Showing the huge mirror. Who is that who has disappeared in a flash of light?
Janet Penn