This picture was sent in by Frank Whitnall. His son Simon found it while browsing at the Battlebridge car meet. It is inscribed:

Miramar Avenue (at right angles to Long Road) is part of a small estate of so-called ‘Atomic Bomb Proof’ Bungalows built shortly after WWII and this photo appears to have been taken in the late 50’s. The name on the gate belonging to another pair of bungalows, just out of view, is ‘Brockenhurst’. (see enlargements in the gallery below)

Does anyone know who ‘Jim, Kit, Reg and Olive’ were? 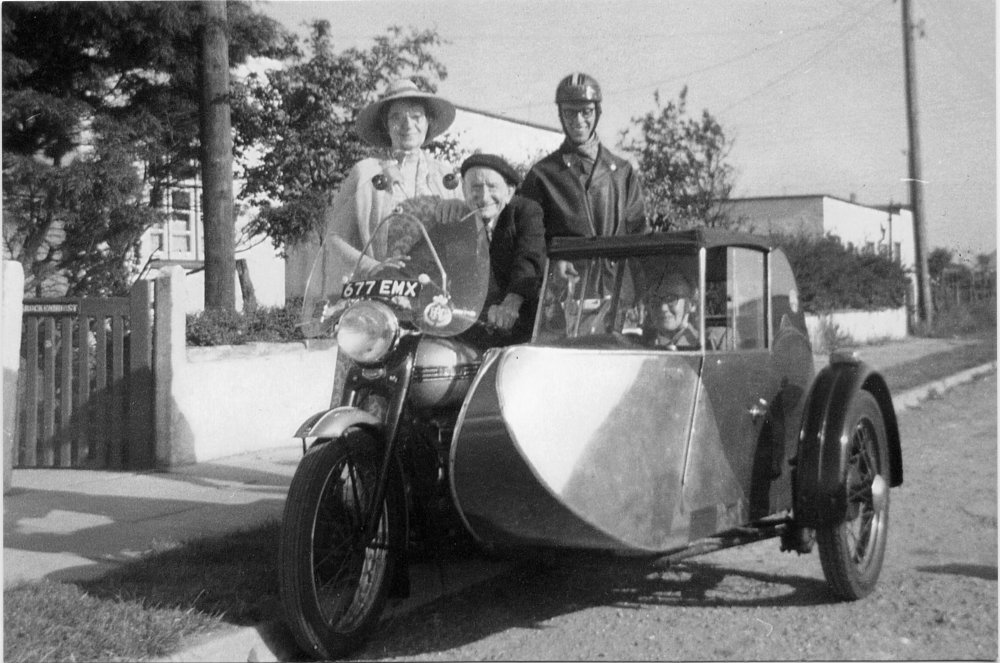 The following picture was taken at the same location in Miramar Avenue in 2009. As you can see one of the pair of bungalows in the picture above has been demolished and two new ones have been built. The furthest bungalow on the right (painted blue) on the corner of Long road is one of the original bungalows but with an apex roof. 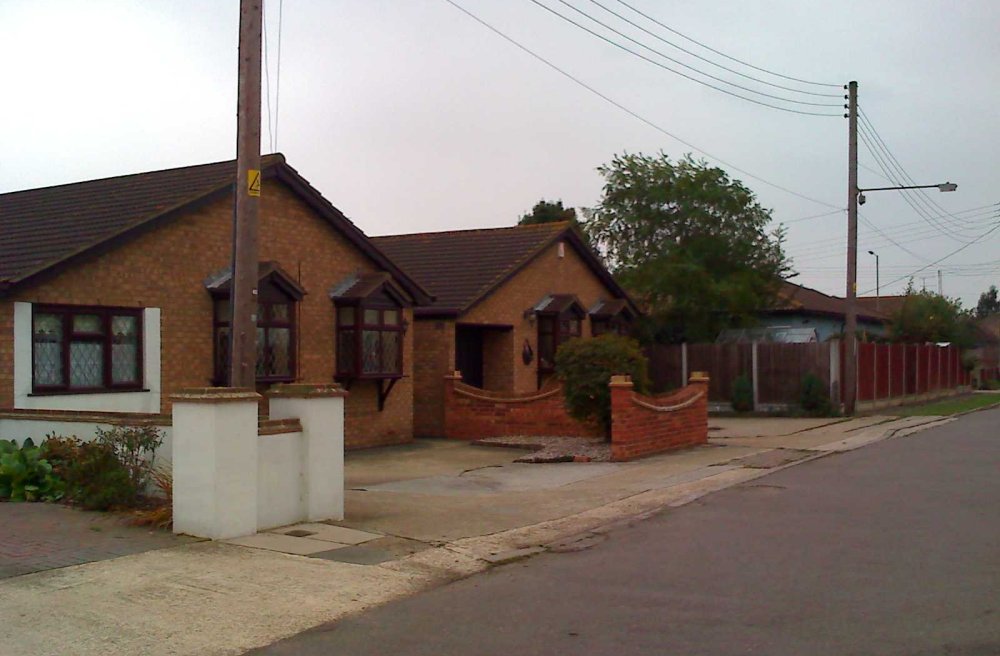 The next picture is of the four pairs of the bungalows in Long Road and the last picture is as they are today. 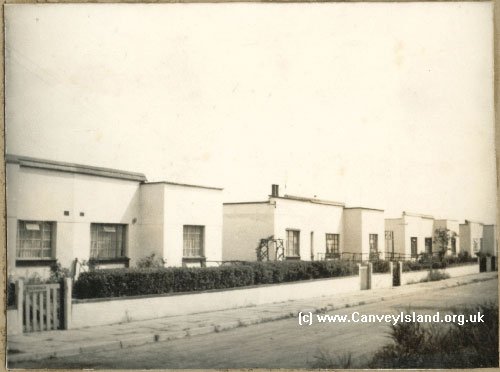 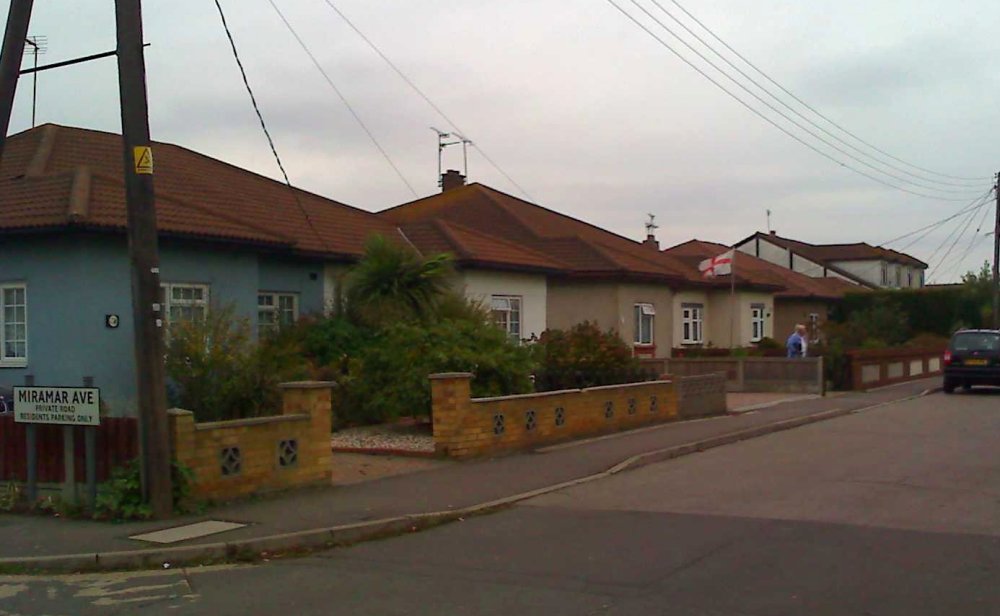 Quite why the buildings were called ‘Atomic Bomb Proof’ we do not know, if anyone has anymore information on the construction or how they come to be known as such, please make a comment below. 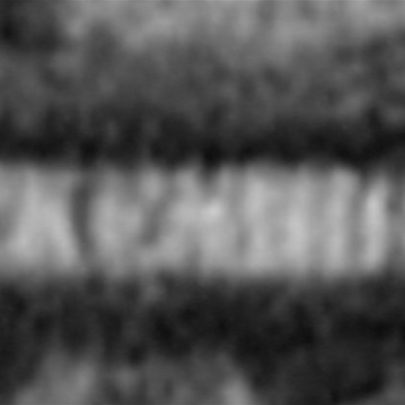 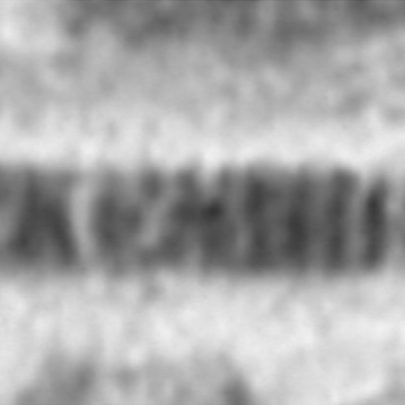 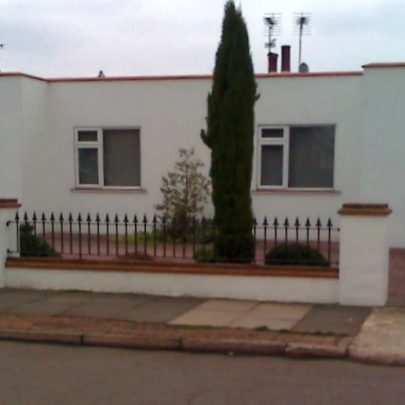 'Brockenhurst' in Mirama Avenue or the 'Foley' as it is today. Last remaining pair of 'Bomb Proof' bungalows converted to one large bungalow
Penn 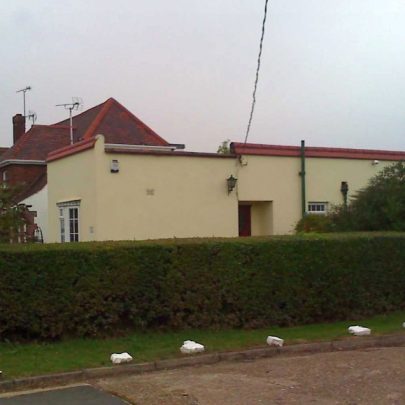