A large Catamaran built on Canvey

On the 14th July 1963 at Small Gains Creek The Point  Canvey Island, the largest catamaran to be built in Europe was launched,  77ft length, beam 24ft. 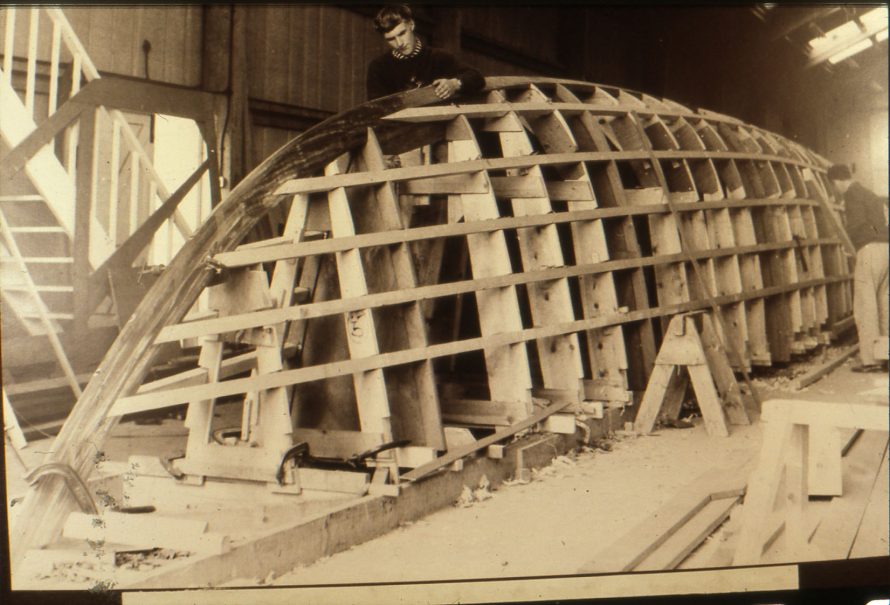 Ready for laying up planks

She was built by G Prout and Sons at their factory at the Point.  A new building was constructed to build it in. The Catamaran took two years to build and fit out to the customer’s requirements.

Mike Brown was in charge of the construction and at the time, I was in the sales office. 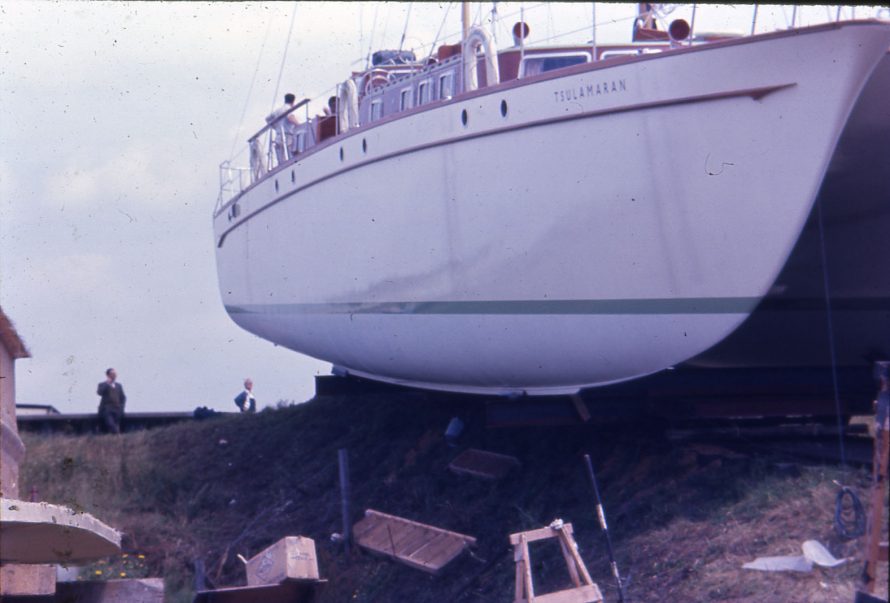 On the crest of the sea wall

After trials in the Thames estuary she was delivered to Holyhead, Anglesey where she was to be berthed. 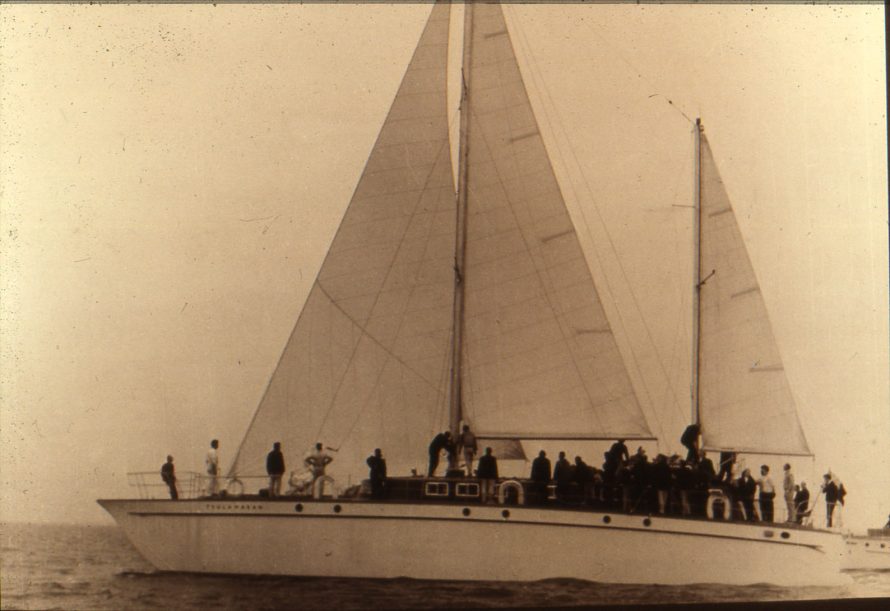 On trial off Canvey

During the building and delivery I took many photos and cine film, which I have put on DVD,  a selection are shown below. Clip on photos for details 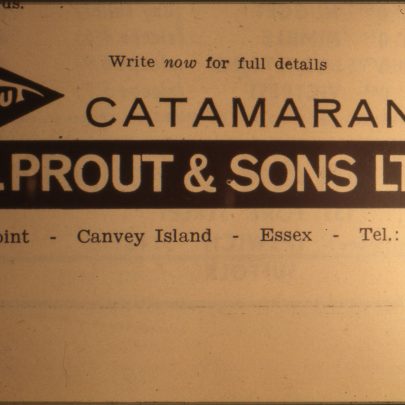 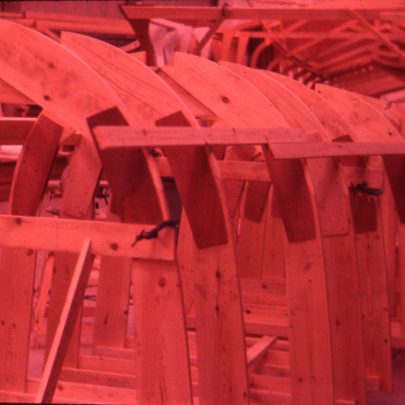 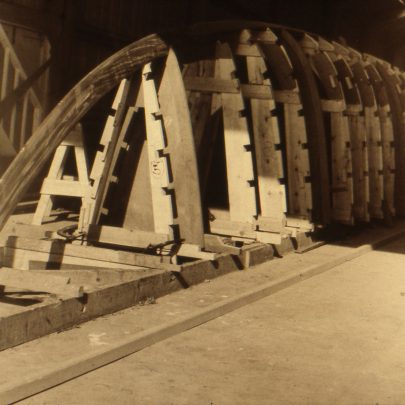 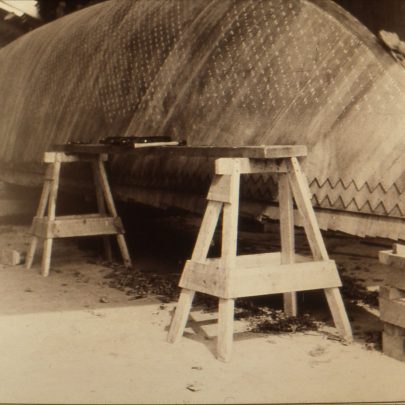 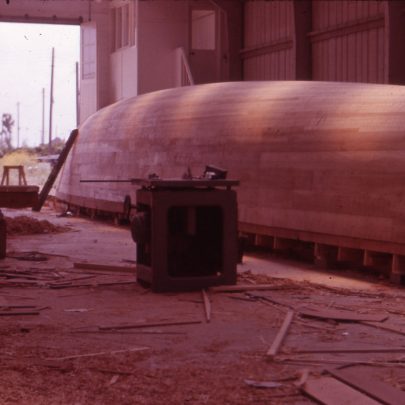 Sheathing up to waterline
Ian 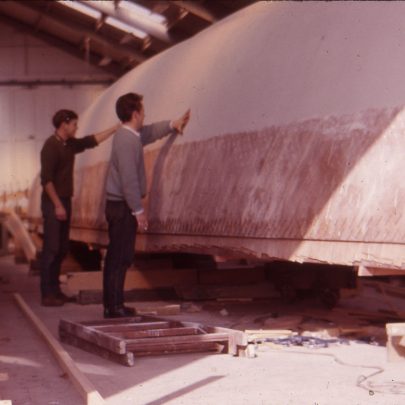 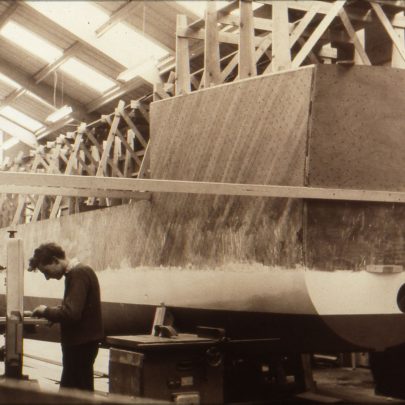 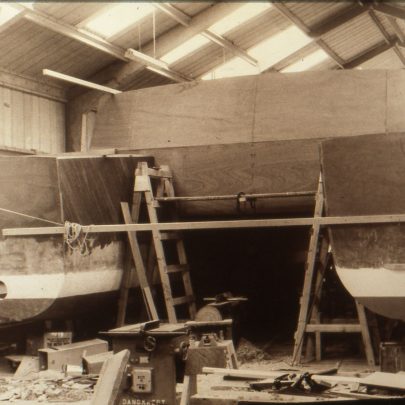 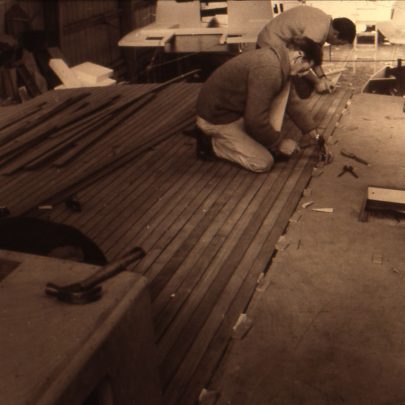 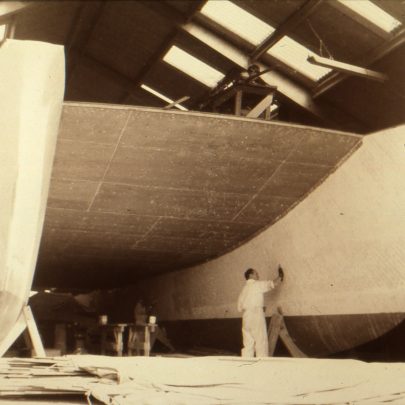 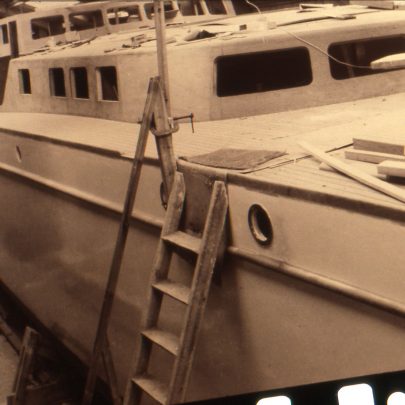 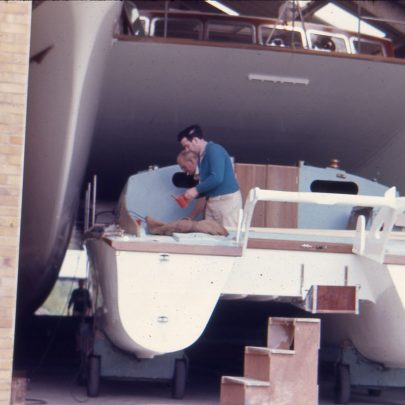 Work on a smaller catamaran between hulls
Ian 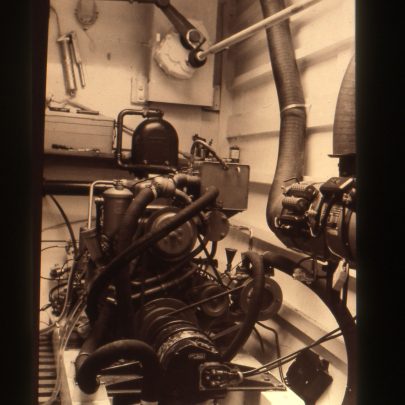 One of the two engines
Ian 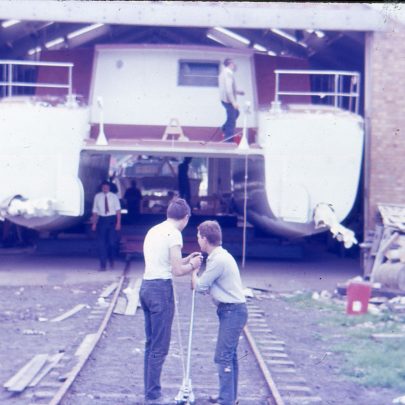 Hauling out of shed
Ian 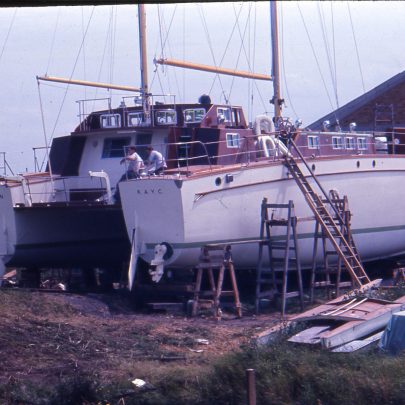 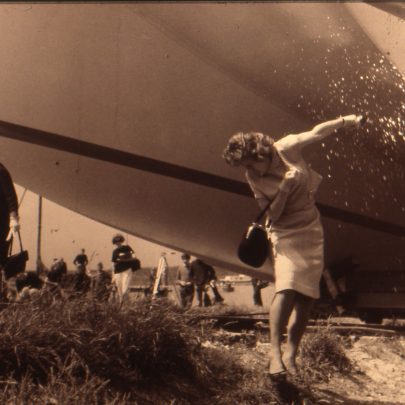 Roland & Francis wife's Erica on the left with Joan
Ian 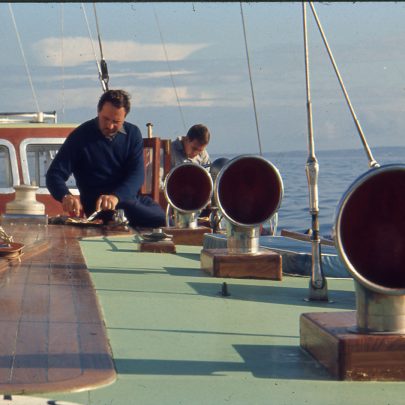 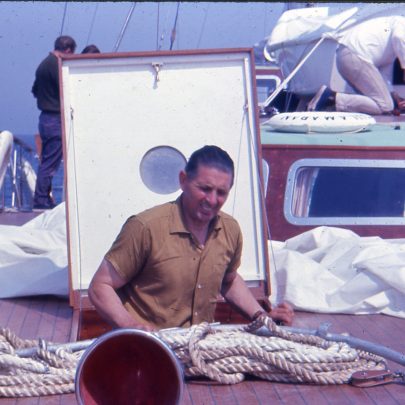 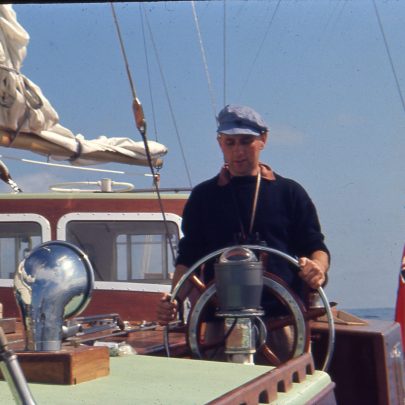 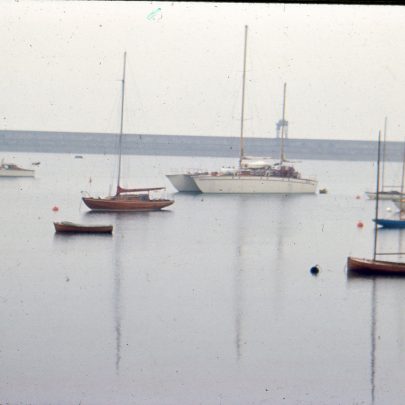 Laying at her home berth,Holyhead
Ian