For a long while the Archive has been trying to find some photos of a building which used to be in the Village. It was known as Woods or, later, Wally Brown’s bakers and cafe. The pictures we have of the Village showed no house where the bakers should be or the photos it might have been in we couldn’t have seen it because it was hidden behind the Village Pump with its thatched roof. This meant it was difficult to try and get a rough idea of when it was built and more recently when it was demolished. And demolished it was because there’s a gap between the houses where it used to stand. 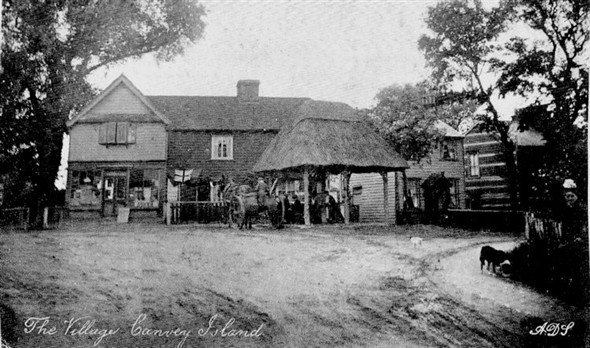 The Bakery which could or could not be obscured by the Village Pump in the 1900s.

Now we have some answers mainly thanks to the photos we’ve rescued from the Echo Newspaper Archive in which there were a couple clearly showing the bakers. We now think the house was probably built around 1900 and it was demolished in the mid 1970s.

We were told two very interesting things in an interview with the local builder Roger Thipthorp, now recently deceased, and who used to live in Haven Road. The Local Council ordered the bakers to be pulled down because it was suffering badly from subsidence. Roger also told us that he salvaged roof and floor joists and the roof tiles from the house. He then used these when building himself a new home in Station Road. This house can still be seen from Somnes Avenue. An early case of recycling! 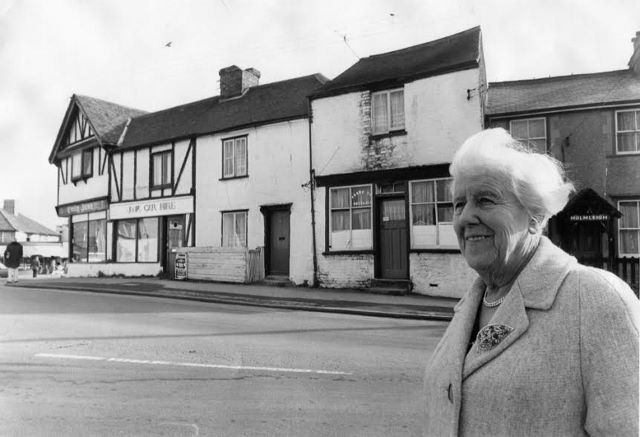 1974 shortly before demolition with, we think, Lily Hart in the foreground.

The last known image of the bakers looking very un-cared for is in a photo dated 1974 and has a lady in the foreground who could be Lilly Hart.

A sad end for a business which flourished for nearly 70 years but a satisfactory conclusion to a photographic mystery. 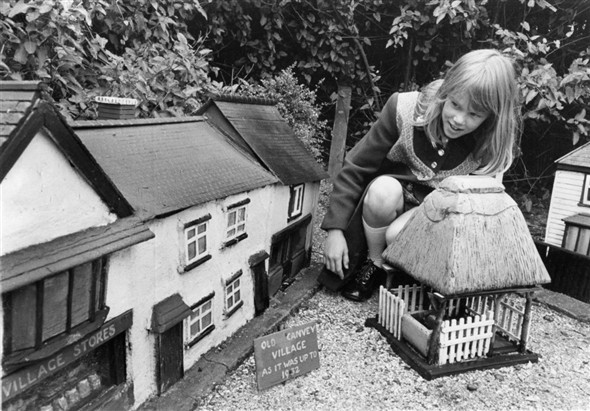 In the Model Village before it was vandalised beyond repair in the mid – 70s.

Wally Brown’s was also clearly featured in Canvey’s Model Village which stood near the Labworth until it was sadly vandalised beyond repair in 1976 and then removed altogether several years later. 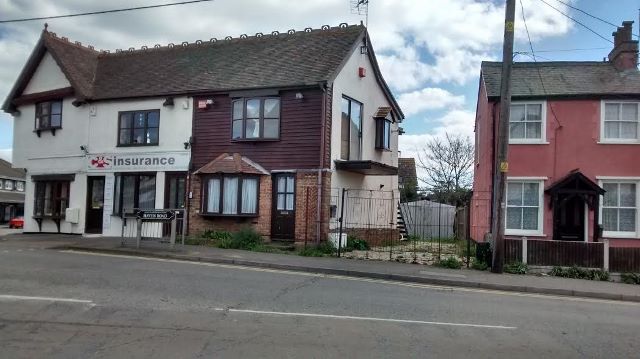 2017 The gap where the bakery once stood.

Now when you look at the gap where the bakers once stood you wonder how there was ever enough space to build a dwelling let alone a business!