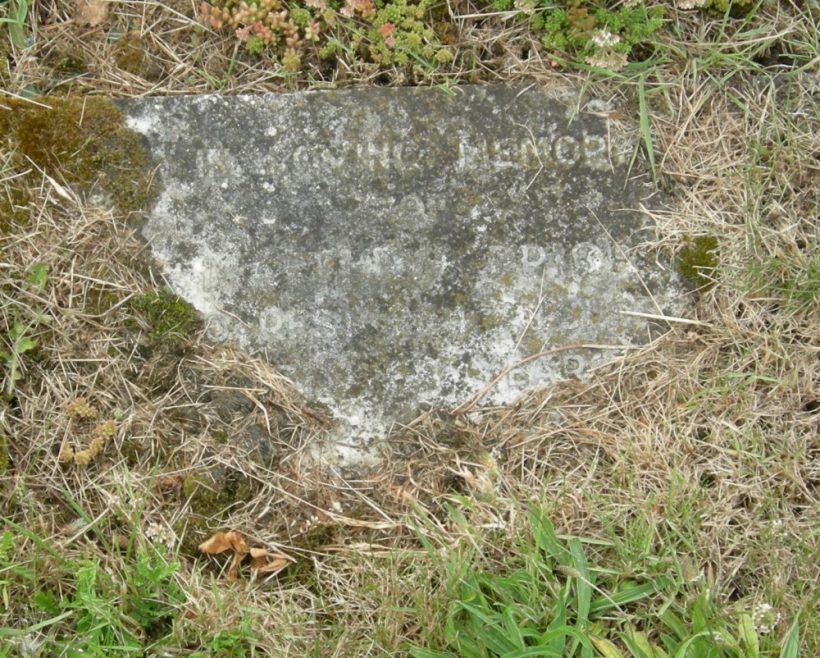 Whilst transcribing the headstones in St Katherine’s Churchyard I can across another sailor, Matthew Prior, who made his home on Canvey sometime after he left the Navy.

Matthew Prior was born on the 21 December 1880 in Plymouth, Devon, son of Alfred William Prior and his wife Charlotte Davenport. Alfred had himself been a Royal Navy man having served from 1873-1898 so it was in his father’s footsteps that Matthew followed when he enlisted aged 22 on the 12 November 1902.

His papers show that he was a short man only standing about 5’ 4 ¾, with brown hair and eyes. And he was a Brass Moulder by trade. He followed his father into the Engine room, his father had been an ERA ( Engine Room Artificer) whilst Matthew was a Stocker later being promoted to Leading Stocker and at the end of WW1 he was a Stoker Petty Officer.

He served on many ships during his long naval career. He was one of the survivors from the sinking of HMS Russell in 1916 which he had served on since February 1914.  One report on the history of the Russell gives some idea of the life Matthew lived during his time on the Russell. 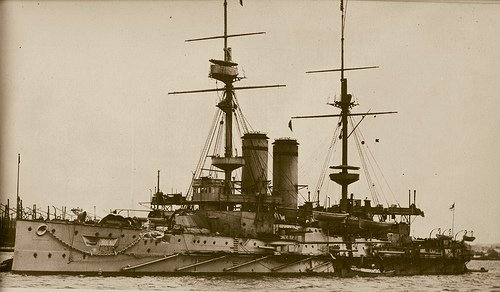 ‘HMS Russell commissioned at Chatham Dockyard on 19 February 1903 for service in the Mediterranean Fleet, in which she served until April 1904.

Russell and her four Duncan-class sisters, as well as the battleships of the King Edward VII class, temporarily were transferred to the Channel Fleet on 2 November 1914 to reinforce that fleet in the face of German Navy activity in the Channel Fleet’s area. On 13 November 1914, the King Edward VII class ships returned to the Grand Fleet, but Albemarle and the other Duncans stayed in the Channel Fleet, where they reconstituted the 6th Battle Squadron on 14 November 1914, with Russell serving as the squadron’s flagship. This squadron was given a mission of bombarding German submarine bases on the coast of Belgium, and was based at Portland, although it transferred to Dover immediately on 14 November 1914. However, due a lack of antisubmarine defenses at Dover, the squadron returned to Portland on 19 November 1914.

Russell participated in the bombardment of German submarine facilities at Zeebrugge on 23 November 1914.

Between January and May 1915, the 6th Battle Squadron was dispersed. Russell left the squadron in April 1915 and rejoined the 3rd Battle Squadron in the Grand Fleet a Rosyth. She underwent a refit at Belfast in October-November 1915.

On 6 November 1915, a division of the 3rd Battle Squadron consisting of battleships Hibernia (the flagship), Zealandia, Albemarle, and Russell was detached from the Grand Fleet to reinforce the British Dardanelles Squadron in the Dardanelles Campaign at the Gallipoli Peninsula. Albemarle had to turn back almost immediately due to heavy weather damage, but the other ships continued to the Mediterranean, where Russell took up her duties at the Dardanelles in December 1915, based at Mudros with Hibernia and held back in support. Her only action in the campaign was her participation in the evacuation of Cape Helles from 7 January 1916 to 9 January 1916, and she was the last battleship of the British Dardanelles Squadron to leave the area. She relieved Hibernia as Divisional Flagship, Rear Admiral, in January 1916.

After the conclusion of the Dardanelles Campaign, Russell stayed on in the eastern Mediterranean. She was steaming off Malta early on the morning of 27 April 1916 when she struck two mines that had been laid by the German submarine U-73. A fire broke out in the after part of the ship and the order to abandon ship was passed; after an explosion near the after 12-inch turret, she took on a dangerous list. However, she sank slowly, allowing most of her crew to escape. A total of 27 officers and 98 ratings were lost.’

Matthew married his wife Beatrice M Dickenson on the 15 Oct 1917 at the Holy Trinity Church in Brompton just before he was made Acting Stoker Petty Officer. He stated his home address at that time was Kimpton Avenue, Ongar Road, Brentwood. He continued his naval career until 1938 when he was pensioned off at the age of 58. When he came to live with his wife on Canvey I do not know but he died here in 1947 and buried in St Katherine’s Churchyard where he was later joined by his wife Beatrice.

If anyone can add to the story please comment below.