William Bowles and his houseboat 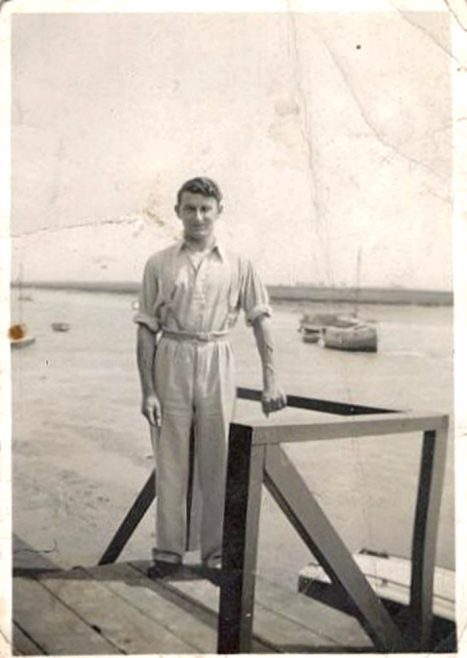 William Bowles on the pier leading to his houseboat called Seven built in 1942. That must be Canvey in the background

Roberts father William Bowles was born in Tooting in 1914, he moved to Benfleet with his parents, Alfred and Clara Bowles, when he was seven because of his severe anaemia. (Alfred Bowles and Clara Lydiard were married in the December qtr of 1912 in the district of Wandsworth which covered Tooting) They hoped that the open air life and playing in the mud would make him well, which it must have done because he only died in 2005 aged 91 still fending for himself ’til the end’.

The first houseboat William lived on in 1924 was called ‘Elsie‘ and was sold to the army in 1943 subsequently it caught fire and was burnt out.

The second houseboat ‘Seven’ was built by William and his father in 1942 and was moored on a stretch of the creek called ‘Ben’ by the railway tracks. Several pictures can be seen of this houseboat below.

Robert recalls being told that William and his best mate Billy Buckmaster built some of the first wooden bungalows on Canvey in the early 1930s. Below is a picture of William and Billy on a motor bike in front of one of the bungalows. 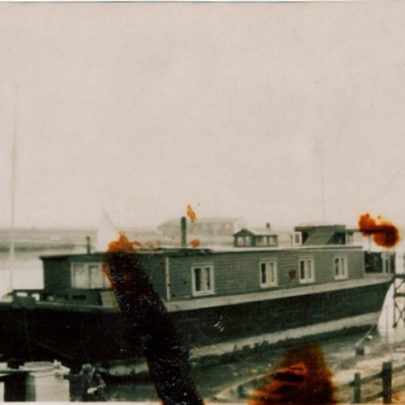 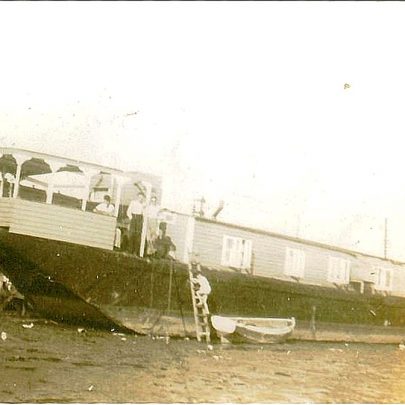 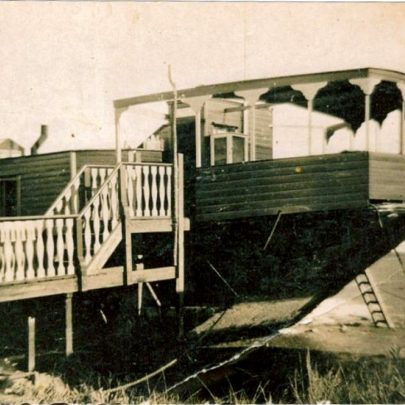 Another view of the houseboat
Robert Bowles 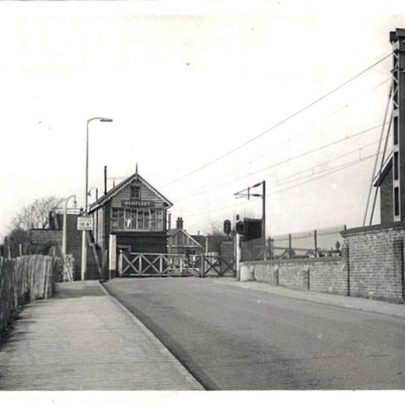 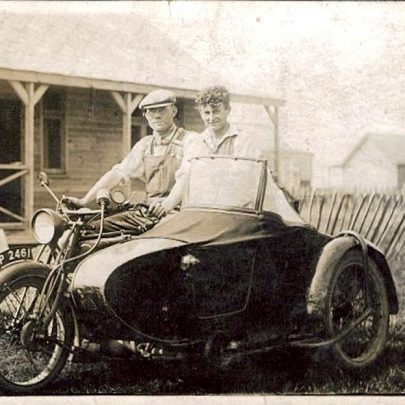