You are here: HomenextArtsnextArtnextWhat a Difference a Day Makes

What a Difference a Day Makes

Several weeks ago we were approached by Anna regarding newspaper articles from the flood. She explained about the tree and that it would be displayed outside the library. We were not sure how this was going to work but it has turned out great.

Today it was seen for the first time. There was lots of interest from young and old. Below the main picture you can read Anna’s narrative for the installation and there are more photos in the gallery. 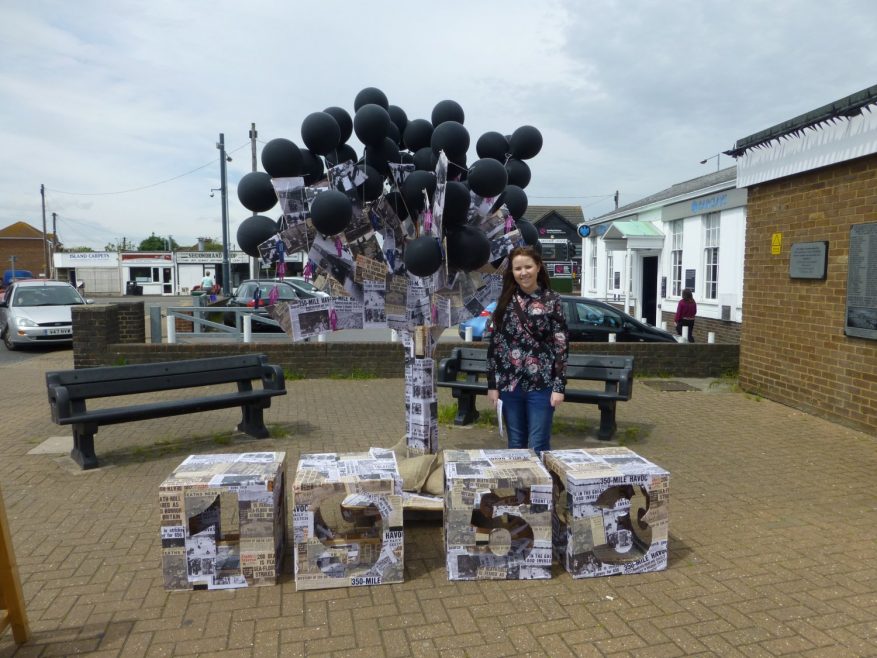 Anna and the installation outside the library today

What is the installation about? The installation is a commemoration for the residents who died in the flood that hit Canvey Island in 1953. In the early hours of the morning on 31st January 1953 the island was inundated by the major floodwaters that were caused by a heavy storm. 58 people lost their lives and their individual identity is represented through the 58 balloons which have labels attached stating their gender and name. The reason each label states their name is because in most records of the event the victims of the flood are listed as ‘the 58 victims’ and not by name. I wanted them to be known for who they were so each have their own identity. The sculpture is of a tree to represent a family tree, and how the island is a close community. The base is covered in newspaper articles printed at the time of the flood, towards the top of the tree it is covered with images from the effect of the flood. Where the covering changes from newspaper articles to images indicates the height of the floodwater at this location. Four boxes surround the base of the tree, these again are covered in newspaper headlines from the flood, carved into each box is the year in which Canvey Island was hit by the Great Flood.

Why is the installation here? I chose to do the installation at this location because of the plaque present outside of the library. The plaque commemorates and lists the 58 victims who were taken by the flood.

Why did I do this installation? I am a student studying Creative Events: Design and Production at the University of Kent. I will shortly be finishing my degree and for my final project I had to create an event/installation. I decided I wanted to make something for the community and decided to do it for the community of my home, Canvey Island. I wanted to create something that had meaning, an event in history that is and can be remembered which is why I chose the 1953 flood. 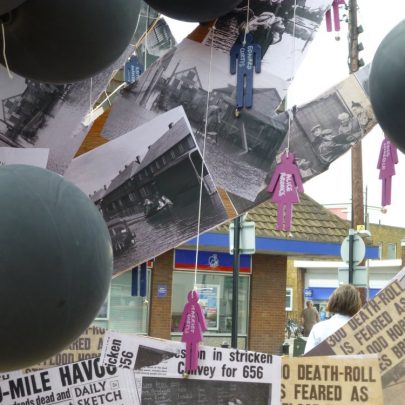 Some of the names, photos and newspaper cuttings on the tree
Janet Penn 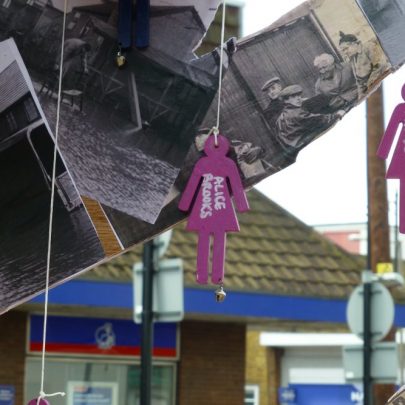 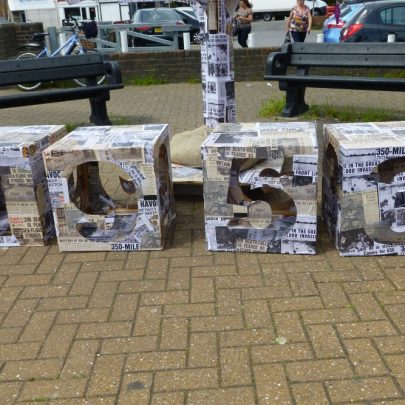 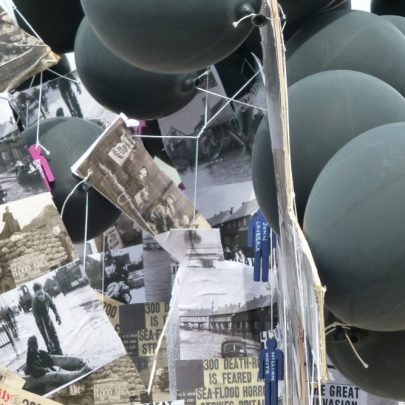 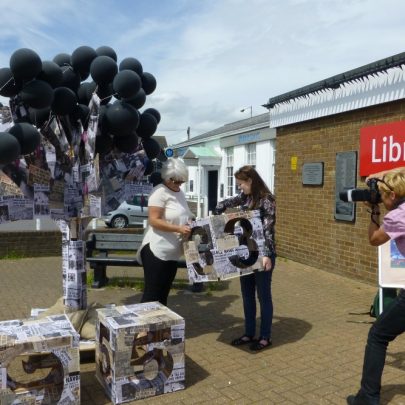 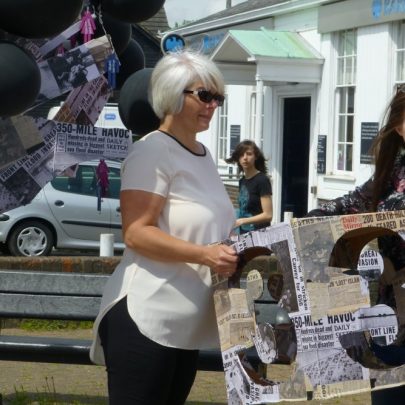 Anna showing a lady one of the boxes
Janet Penn 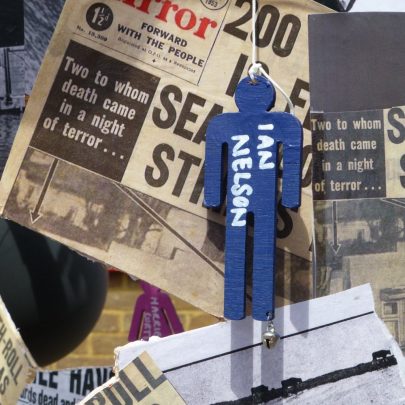