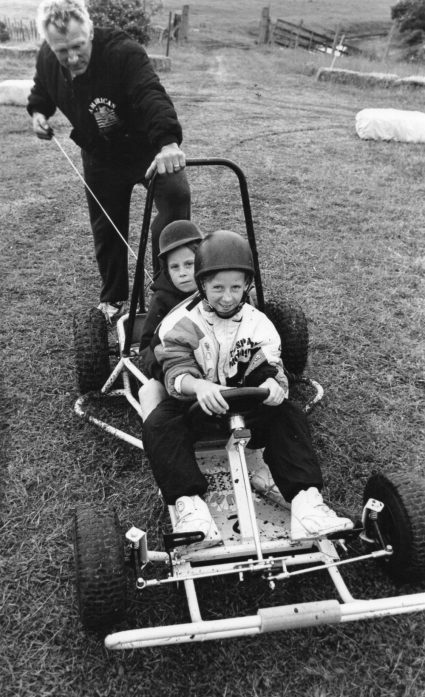 Start-up: David Grainger starts up the kart’s motor for daughter and her friend Charlotte.

The wheels are rolling on a new adventure project on Canvey with the launch of a go-kart club for youngsters.  Former self-employed builder David Grainger has put the idea on track after securing a £3,000 small business loan from Barclays Bank. With help from Canvey councillor Ray Howard, who leases the three-quarter-acre site off the Charfleets industrial estate, David hopes the go-kart theme will be a springboard to other activities.

David, 47, of Laburnum Grove, said he got the idea after buying a go-kart for his daughter Katie’s birthday. He said: “We used to take it over to Waterside and Thorney Bay and it was like the Pied Piper with all the children following after us, so I looked into it further. To my knowledge, this facility does not exist but I am convinced that if run professionally it can give endless fun for youngsters and especially as it is in safe surroundings.” It is a non-competitive track and the go-karts used are 5.8 horsepower with a top speed of 25 miles per hour. 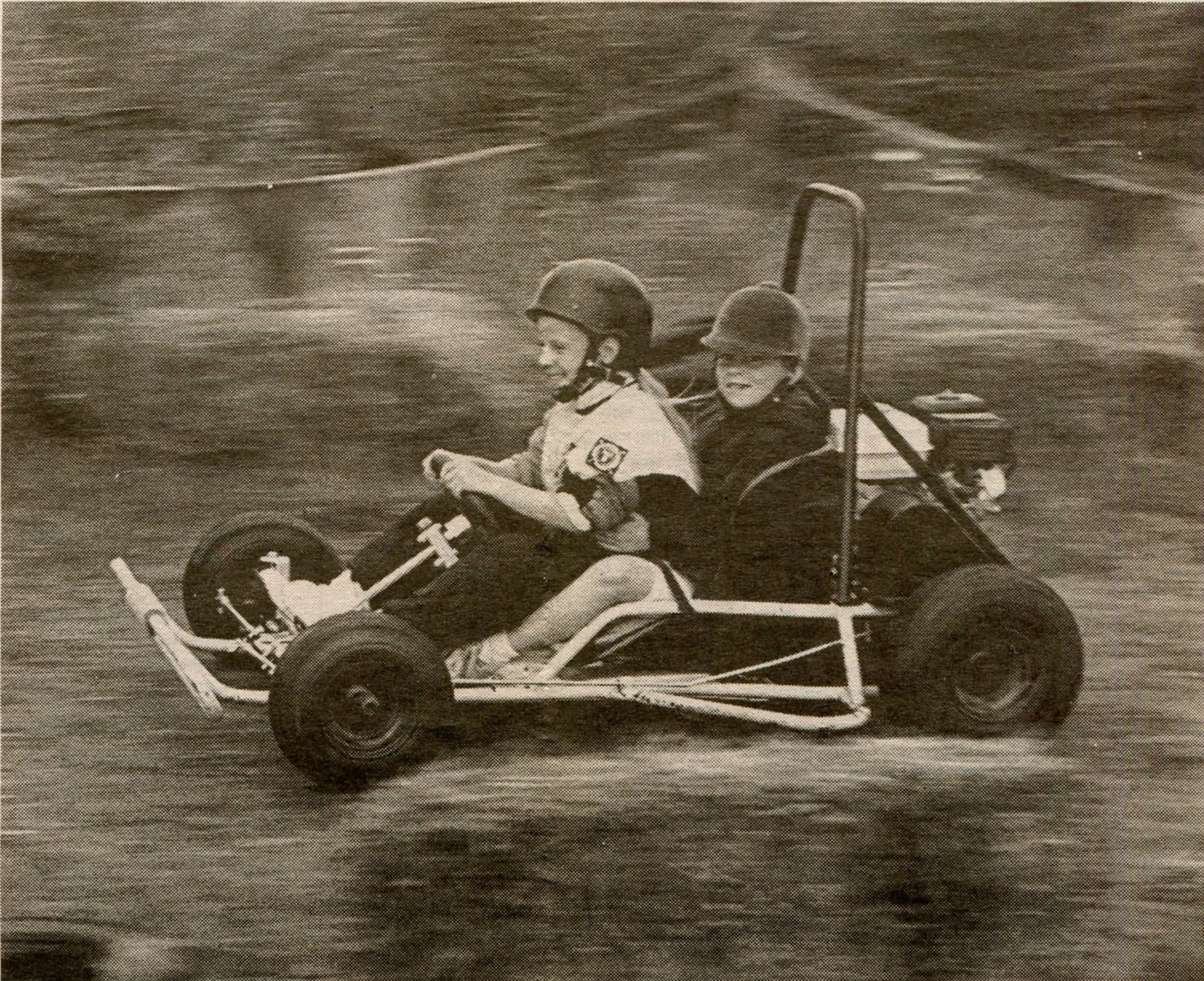 Thrilling: Katie Grainger and Charlotte Zarrop, both eight, take a spin round the go-kart track

David said families he had spoken to were keen on the idea and leaflets are being produced to advertise the club called GKKarts. He has also got bookings for demonstrations at three schools on the island over the next few weeks. Safety will be a paramount con­cern and David said there would be adequate barrier protection. Hel­mets and seatbelts will be provided. The club currently has four karts and is open from 4pm to 8pm weekdays, and all day weekends.