Michael to the Rescue 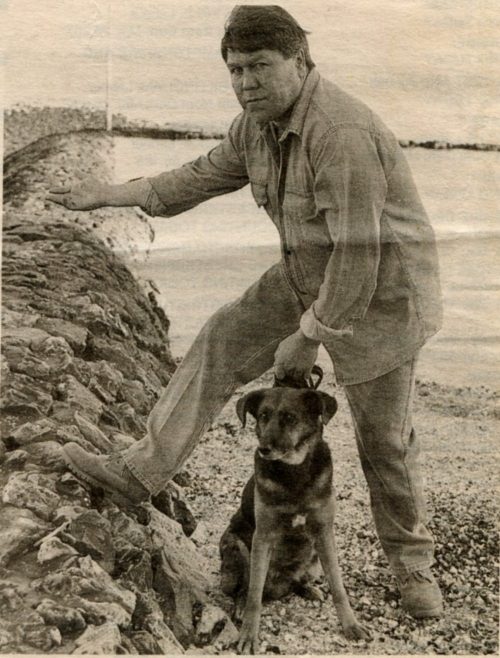 Michael and his dog Kissy

What was supposed to be a quiet midnight walk with his pet dog turned into a dice with death for former professional boxer, Michael Cain, who had to risk his life in the freezer waters off Canvey’s beach.

Around 12.15 am on 11 June 1994, Michael, who was winding down after spending the evening looking after security at the Haystack pub, was strolling along the sea wall with his pet dog Kissy when he was approached by a woman who handed him a suicide note that had apparently been given to her by a passing man.

He soon spotted a man acting strangely and was alarmed that the person was genuinely contemplating a desperate attempt to end his own life. Having quickly returned the dog home, he headed back out after alerting a friend who would make sure the police was called out. By the time Michael returned, the individual was already at the waters edge and so he engaged the troubled man in conversation for ten minutes in an attempt to get him to change his mind and come out of the water. Nevertheless the man continued to wade further out into the dark freezing river. 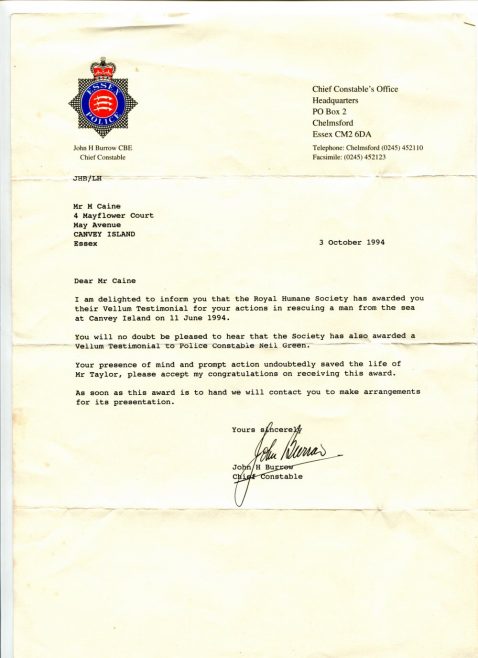 Letter regarding his award. Click on the letter to see an enlargement

It was clear to Michael that the only way to prevent a tragedy would be to go in after him. Fortunately two police officers arrived. Michael remembers how one officer made it clear that he was not going into the water. “Who could blame him, that water was freezing” says Michael. Nevertheless, Michael, along with a young constable, PC Neil Green, stripped down to their underwear and dived into the dark waters to reach the suicidal man who was already out of his depth and repeatedly sinking below the high tide. Risking their own lives, they struggled to bring the near drowning man ashore only for him to dash back into the water in a renewed attempt on his life. Eventually Michael and the police officer got him safely ashore and restrained him.

Inspector Roger Lowe of Canvey police said at the time that “Both men were brave to go into the sea and save this man’s life. It was pitch black there at the time and the man was well out of his depth – both men literally had to swim out to the man and pull him out”.

The Chief Constable of Essex, John Burrow, personally wrote to Michael congratulating him on his “presence of mind and prompt action which undoubtedly saved the life”.

Michael and PC Green were both awarded the Royal Humane Society’s Vellum Testimonial for their actions that night. The award was presented by Christopher Pertwee, High Sheriff of Essex.
~~~~~~~~~~~~~~~~~~~~~~~~~~~
Click on the cuttings below to read the newspaper coverage of the story. 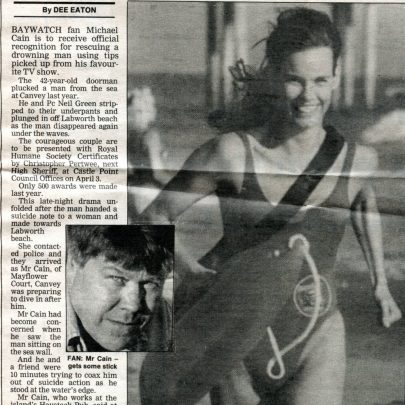 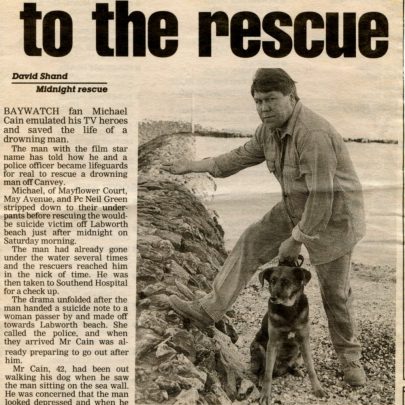 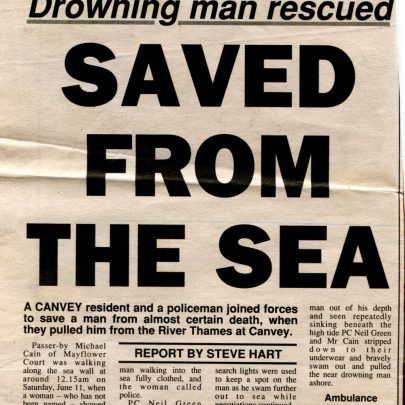 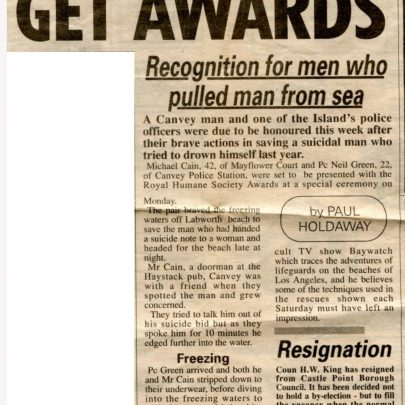