You are here: HomenextArtsnextLiteraturenextBooksnextNon-FictionnextHops, Doodlebugs and Floods

A memoir of growing up in Essex by Dr Alan Whitcomb 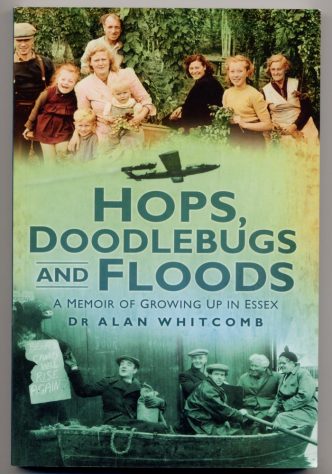 This is from ‘The History Press’ page:

This is the true tale of a boy born into a typical East End family in the Second World War, beginning with his early memories of hop picking and having little money, and moving on to his life in the 1950s and his experience of the devastating east coast floods of 1953. These early memories are the author’s own, but what he remembers are a number of events and places that many others growing up in Essex will also recall. The author left school at fifteen and joined the merchant navy, illegally, where he witnessed emigrants travelling from Tilbury to Australia, in search of a new life for £10. After a spell in an Australian prison, he returned to Essex where his fortune changed. This is an entertaining, humorous and nostalgic read for anyone who remembers Essex in the Second World War and beyond.

I have read Alan’s book and one of Alan’s comments in his preface was ‘Most of all, I hope that you will be thoroughly amused throughout the book.’ Well I can honestly say I was, I found myself constantly chuckling.

Alan has given us permission to use some extracts from his book so I have picked out a few which I hope will interest you. 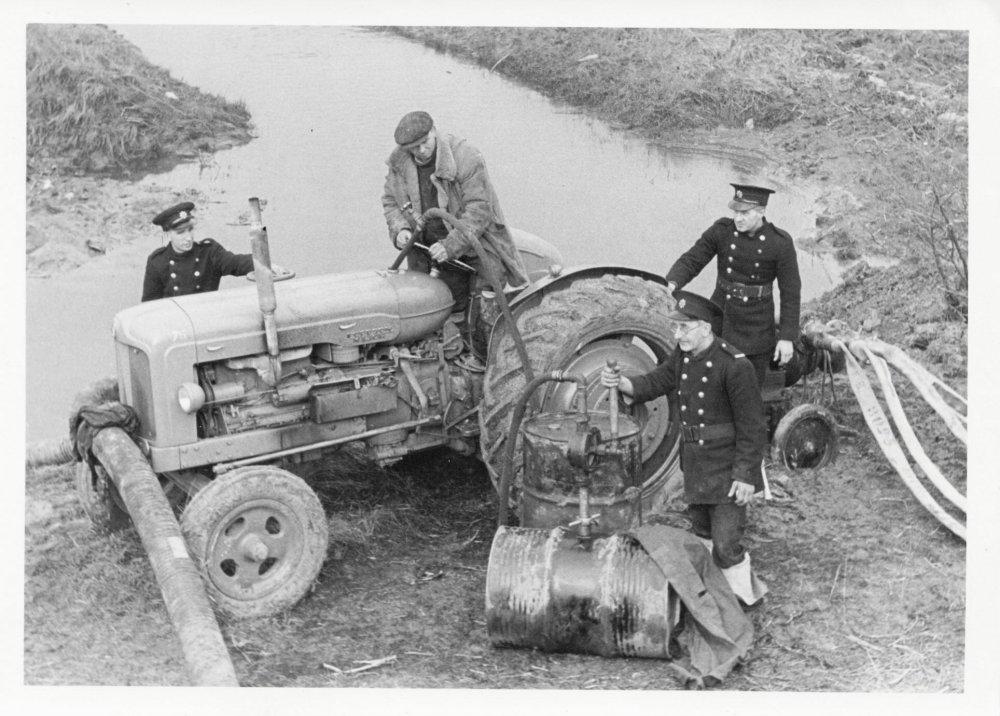 While my mother was warning neighbours, I prepared to abandon our house with my younger brother and sister. By this time there was no electricity and it was still dark, and our bungalow was surrounded by water. When my mother returned we decided to make our way to the local school, which was above water at that time. We were all distressed to see our cat perched on top of the shed at the bottom of the garden, but it was not possible to get to him, even though a neighbour made an attempt to rescue him, and was bitten for his efforts.

The flood water was rising around our home but it was still possible to walk to safety with the aid of Wellington boots, although too deep for my younger sister and brother. My mother carried my sister and I carried my brother. Before we left the house my mother told me to put some shoes in my pocket to change into later. When we eventually reached the school I felt quite heroic -I had carried my brother to safety. But my youthful ego was soon deflated when my mother berated me because I had put into my pockets one brown shoe and one black! End of dreams of heroic recognition. 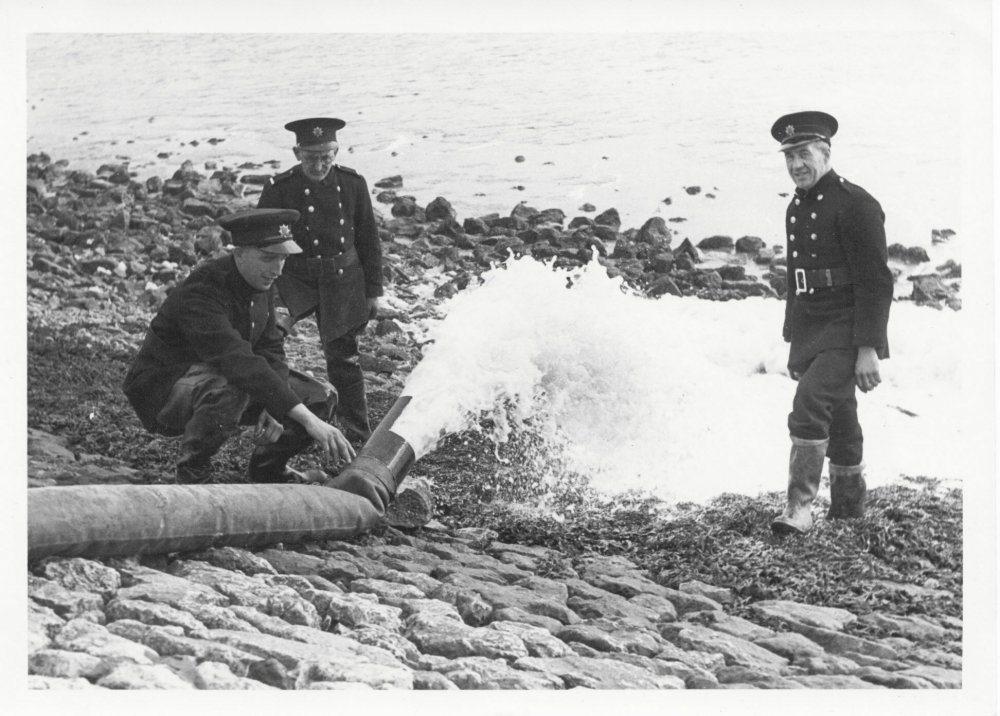 Whilst an important priority for the flooded island was to repair the sea wall to prevent further flooding, this had the adverse effect of retaining flood waters already within the wall. This had to be removed. This was partly achieved by the existing tidal sluices and extra new ones that had been hastily created during the deluge, but a considerable volume of flood water remained lying in hollows. This was channelled towards the island’s network of ditches by digging trenches and the operation of pumps manned by council workers and the local volunteer fire brigade.

An amazing sight awaited those returning to the island. Quite apart from the apparent physical devastation caused by the floodwater, there was a frantic workforce of military and civil personnel everywhere. It was not unusual to see a large amphibious Army vehicle (DUKW) trundling along the only highway that existed at that time. The scene was reminiscent of wartime when services moved into an area suffering from bomb damage, trying to salvage what was worth saving. 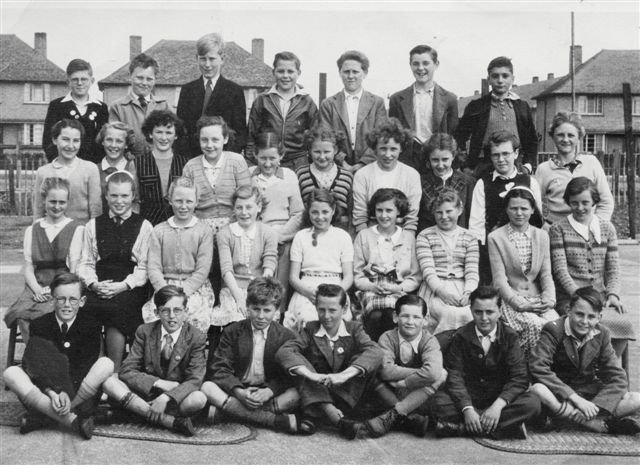 Our nearest competing gang existed just half a dozen streets away. They were known as the ‘Jones Mob’, after the name of their oldest member. We were the ‘Southwick Rovers’, after the biggest road we all lived near. Further away was another gang called ‘The Council House Wallas’, who lived on the newly built council estate not far away from our area.

Regular competing events took place between the gangs; these included rounders, cricket, and football matches, and many others which we had devised ourselves. These were highly competitive but never aggressive. No referee was needed. We all acknowledged the rules, even though many of them were our own. The Southwick Rovers goalkeeper went on to play professional in goal for West Ham United, probably due entirely to the excellent preparation we gave him! He certainly couldn’t have had a tougher introduction to the sport.

Fireworks night was an important event for both gangs and, prior to 5 November, we would compete to see who could build the biggest bonfire in the nearby fields. There was the usual assortment of rubbish and old furniture that our families and neighbours wanted to dispose of, but we needed to search further to compete with our rival gang. The next source of material was shrubs and trees – the bigger the better. 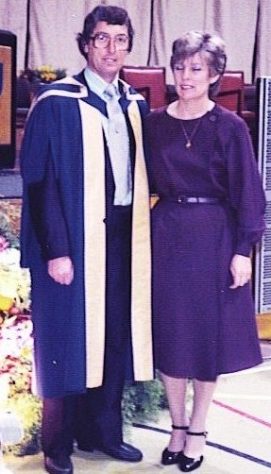 Alan Whitcomb was presented with a doctorate at Cambridge University following sixteen years of study.

Despite leaving school with no qualifications, having a disability and long term unemployment, Alan has overcome all these difficulties and is now a respected academic. His book is an inspiration to the young and unemployed and a fascinating insight into life of a young boy on Canvey during the 40/50’s. Thanks Alan.