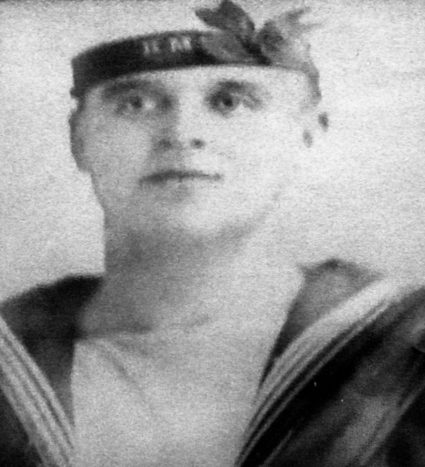 Herbert Brindle in his early years

We think of the victims of the flood as the official list of names on the plaque outside the library, the people that died on 1st February 1953. What about the forgotten victims those who suffered and died days or weeks after the event? This is the story of one of those victims, Herbert Leslie Brindle.

Herbert was born in South London in 1895 eldest son of Thomas and Emma Brindle. He married his wife Florence in 1920. It is thought the family came to Canvey around about 1942/3. Herbert’s father and second wife Louisa also moved to the island, where they lived at ‘Comara’ in Van Diemens Pass. Thomas died in 1952.

At the time of the floods Herbert lived at ‘Winsome’, St Anne’s Road and following in his father’s footsteps he was working as a postman. Although he was not in very good health, when it came time to evacuate the family from the island Herbert had to carry his wife and one of his daughters to the top of the road. His other daughter Pam was living away at the time but she says “My Sister said they managed to get on a bus, however, when they got to Benfleet she was very frightened because you could not see the Bridge (the old one) only water. They were taken to a School first and then taken to a family in Rayleigh. I came down from Hornchurch, to find them, (no Mobile Phones in those days). However, no one was being allowed on the Island (only Press) I suppose because of pilfering!!!”

Herbert and family were eventually evacuated to 1 Lodge Close in Rayleigh with “a wonderful family”.  Unfortunately the whole event must have taken quite a toll on Herbert because on the 16th February, aged 58 he was found dead on the floor of bathroom by the 7 year old son of the family where he was staying.

Although he did not die in the flood he is still one of its victims. He is buried in Jotman’s Lane Cemetery. How many other forgotten victims are there. If you have a story to tell please upload it to the site or contact us so no-one is forgotten.