Now 87 and living in Australia 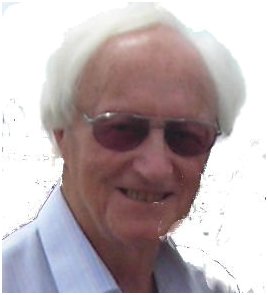 Arthur was a Constable with just one year’s service at the time of the flood and Stationed at Brentwood he later served at Canvey Island for many years retiring as a Sergeant in 1976……He is now 87 years of age and lives in Australia.

This is an account of his memory of the flood.

“I can recall the floods very well but can only name a few people.

Firstly let me explain why with only a year service I was a first class driver and area car driver at Brentwood at the time.

On my first day out on my bike and alone I forcibly stopped a stolen car and arrested two armed men wanted for murder and armed robbery.  This upset an elite team of top CID from Met, America and Essex who had been hunting these men for about a month.  On the other hand I obviously won favour with others and from then on I was given all sorts of opportunities and secondments and early promotion.

On the Sunday morning I was on early turn with Keith Burgess (later Sgt at Benfleet) and found that the area car had lost contact with HQ having said they were in flood water somewhere.  There was no ‘phone contact available with any of our stations at Canvey, Benfleet, Pitsea, Rayleigh or Rochford.  As a result I went out to patrol on foot in Brentwood High Street and Keith stayed in the station.

A couple of hours later Supt Pope pulled up alongside me with Keith and told me to get in his car.  He explained what he knew which wasn’t much and we set off for Canvey.

I had never been to Canvey before so you can imagine the shock of finding this place which from the top of Essex Way seemed like a saucer filled with water.

We went over the bridge and part way along Canvey Road became water-logged. Got the car going and left the road and proceeded over raised ground there on farm premises.

The only amusing, to me, part of the day came early when we drove onto Canvey Pol.Stn. forecourt in about 6 inches of water.  Supt Pope led the way from his car and promptly stepped into a hidden open manhole into water about waist high.

The rest of the day was spent outside in freezing wet conditions helping persons and a myriad of dogs, cats, budgies onto higher land and attempting to control the entry and exit to and from the Island.  There were very few police and little control over what we did.  At some stage I was sought out by Det Sgt Ron Sewell who had acquired an area car from some place unknown. I took him to the Council Offices where some sort of evacuation centre had been set up and picked up a baby that had been found in a pram and took it to Sewell’s home at Benfleet handing the baby to his wife.

It was an extremely long day with no food and only one drink.  This followed a succession of 14 or 15 hour days (12 on the Island) searching premises, anti-looting patrol and manning the check-point on the bridge.  (No paid O.T. then)

The sergeant at Canvey was ‘Tiny’ Howes.  He was the only one.  He was extremely tall and as I recall the only police officer recognised with an award.  The newspaper ‘photo showed him wading chest high in water but failed to mention the others with him who were completely covered with water.  He was so tall he never looked round a door but over the top.

I do not know the names of the Canvey officers.  There were not more than 5 or 6.

The only other name I recall was Pc Gerry Cowell.  I think it was the Monday and I took Gerry to King John School where he convinced the headmaster to open the school to receive refugees.  He refused as the following day he was expecting the the duchess of somewhere to officially open his now pristine new school.  After  many dire threats by Gerry with me a probationer looking on he did so.  Strangely he was recognised with an award stating how he made the displaced Islanders welcome whereas he was more or less forced to by Gerry Cowell.

That is about the limit of my memory.”