My life as a child on Canvey 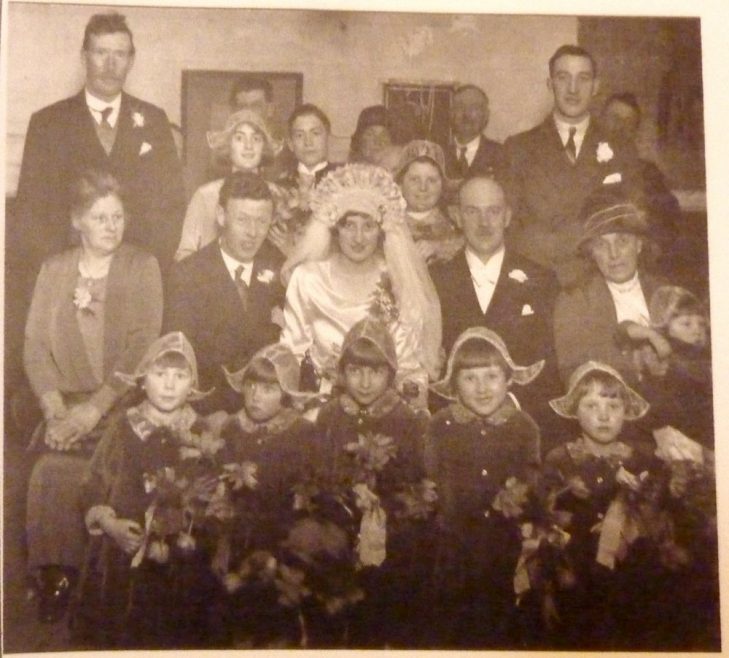 Taken at the wedding reception of James William Cass and Jessie May Beaver in 1931 in the old Village Hall, opposite St Katherine’s Church.

I was born on Charfleets farm one October morning. My Grandfather and father were both farmers. We lived on Charfleets Farm part of which is sadly now Charfleets Industrial Estate. I have a brother David who is 3 yrs younger than me. We farmed Charfleets, Hill Hall, which was at Northwick Corner near the Old Dutch Cottage. I remember an elderly lady with a limp lived there. Cutter Farm and Little Brickhouse Farm were both down Northwick Road. 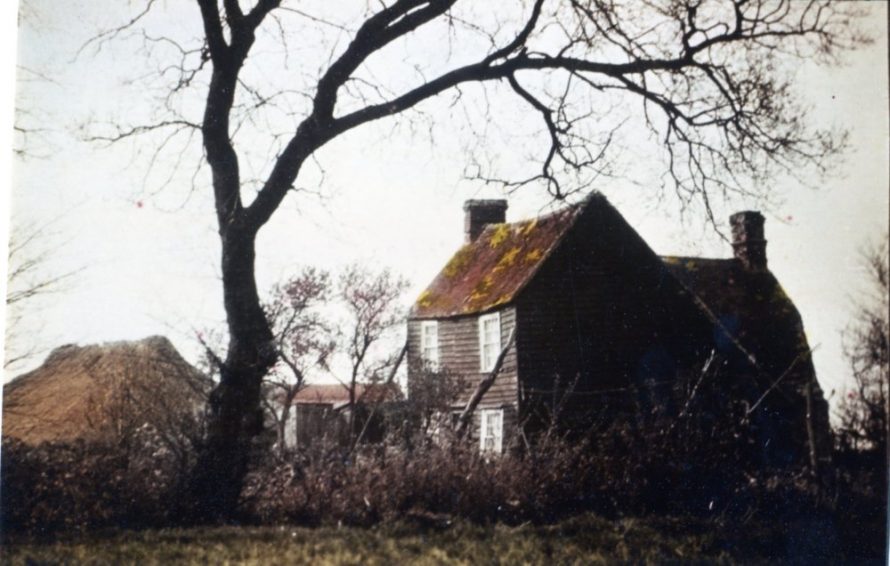 Canvey in those days was much less populated everybody knew everybody else. We used to get post addressed to “Cass Canvey”. The Parish Church was At Katherine’s, which is now the Heritage Centre. I was Christened, Confirmed and Married there. My parents were also married there. I was a Sunday School Teacher and also sang in the choir when females were allowed to join! The daughter church was St Anne’s at Leigh Beck. It was there that we held the church club. Many Wednesday night we ran down the road (little more than a pathway) to catch the last bus as 10-10pm. If you missed it you had a two to three mile walk home!

In the summer months we used to meet at the home of Mrs Manthorpe, where we played tennis and played an old pianola! Many a romance blossomed at the church youth club and some are still together!

I started school at the ‘New School” in Long Road. Mr Benson was Headmaster. Mr Read was the Headmaster at the “Old School”. I was fortunate to be one of only four to pass the scholarship that year and had to travel to Westcliff High School via two buses and a train.

It was wartime when I started school and air-raid shelters were built on the playing field when there was an air-raid we used to file out to the shelters one for each class. There we sat on wooden benches and chanted our multiplication tables. 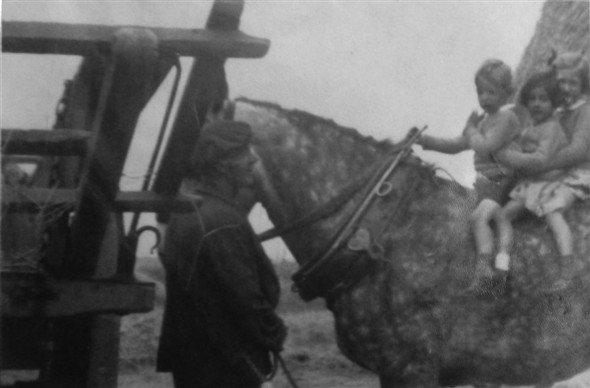 The summer days always seemed filled with sunshine. My cousins Janet, Jim and Ellen lived nearby and we played together a lot. The farm buildings held great delight. A rope from the beams in the barn made a great swing! Haystacks were climbed up and slide down much to my father’s annoyance. Hay carts were transformed into houses and forts. The Shire horses on the farm were a great delight.

In the haymaking season and harvest my father would work all day in the fields. After school we would rush home to find my mother waiting with the tea all packed up. This consisted of cheese sandwiches, small homemade cakes and spring onions from the garden with a twist of greaseproof paper filled with salt for my father. Lemonade bottles were filled with tea and wrapped in newspaper. This was then put into a bag made from oiled cloth. I can still remember the smell! Then we would set off across the fields. It was often a long walk and we would learn the names of the wild flowers and grasses on the way. If they were at Cutter Farm we had to walk nearly to the end of Northwick road and then across the fields by the seawall. We played in the fields or went over the sea wall picking sea lavender if the tide was out. If the crops were very dirty the men would wash in the sea. When the men stopped for tea we sat against the hay ricks in haymaking time or lent against the stooks of corn in harvest. There is nothing like a picnic in the fields! Sometimes we helped, but quite often we roamed the fields looking for berries or mushrooms. At the end of the day we rode the horses home our legs stretched out straight as the horses were so wide. Back at the stables my father would lift us down, our legs covered with the hair and smell of horses then into bed tired and happy. 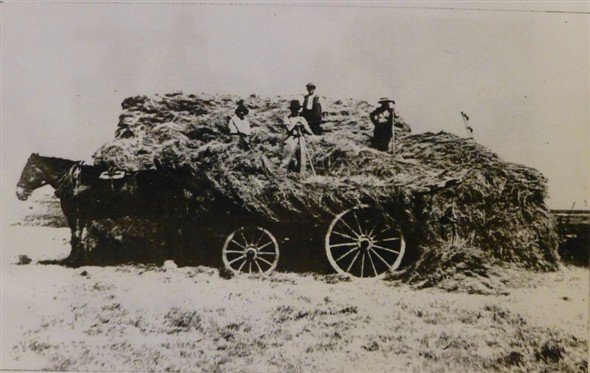 In the autumn my father delivered sacks of potatoes. He would load up one of the hay wagons with the sacks, making a well in the middle for my brother and I. This was a real treat. Then we would set off round the island delivering the potatoes to the people who had ordered them somehow we always managed to be near the Haystack public house at lunchtime! The horse and cart would be tied up in the car park opposite. My father would bring us out a bag of crisps, a large arrowroot biscuit and a bottle of lemonade. He then went back inside for his glass of beer.

Often the people gave us sixpence each which we clutched tightly. Sometimes we were given an apple. One person we delivered potatoes to was a Mr Pricket, who lived at Leighbeck, many years later when I was a Community District Sister I had to visit him he took one look at me and said “your’e Bill Cass’s daughter!” I could not believe that he had recognised me after all those years.

I still meet people I knew as a child. Peter and Nancy Hawkins at Chelmsford Cathedral on Maundy Thursday. Sheila Powell at Church Wardens Swearing in. Marion Cardwell and Christine and Harold Hart at Bradwell Pilgrimage and Kathleen Clee’s husband at Deanery Synod.

Gone are the days of space, freedom and childhood.