Stella Goodchild‘s father, Bob Caffyn, first “discovered” Canvey in 1913. Before she died she would often reminisce to her children of the time she spent on the Island and they would make notes of her stories. Her daughter, Jillian Goodchild, has shared these memories with us……………………

“It was about a year before the First World War broke out that my Dad saw an advertisement for a day trip by train to Canvey. We lived in London and I think it was on the spur of the moment that my Dad bought a plot of land on the island.

To get to our place you went down the Long Road from the village to the end where Small Gains Farm was. If you turned right then you got to Leigh Beck and if you turned left and left you got to Lakeside. Our plot was down a grass track just before you got to Small Gains creek, not far from where the sea wall ended. 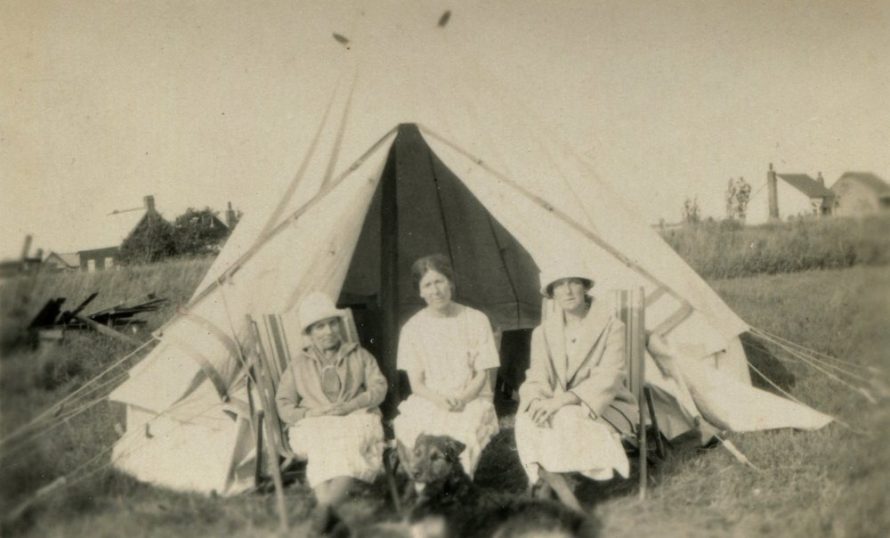 The bell tent that was the first “property” on the land

After he had bought the plot, Dad found a bell tent for sale. He was gleeful that it was the last one available before stocks were commandeered at the outbreak of the First World War. The military took the island over during the war so we couldn’t go down there but after the war we used to go there again, either by train or cycling. If we went by bike we used to strap our food supplies to the cycle carriers.

After the war, my Dad spotted a kind of three-sided summer house in a sale in Kensington Gardens and took that down to Canvey. He filled in the front but we weren’t allowed to live in it so he bought a genuine Canadian log cabin in London, made of split logs. It had been designed as an Army hut and came in 10-foot sections but first it had to get to Canvey! The sections were loaded onto a lorry and Dad went down to wait for it coming over from Benfleet. The wood was terribly heavy and, not surprisingly, the lorry stuck in the mud half way across the creek. A man standing watching the struggle to free it commented on the “fool who’s trying to get a load like that over” and of course Dad tut-tutted as well. 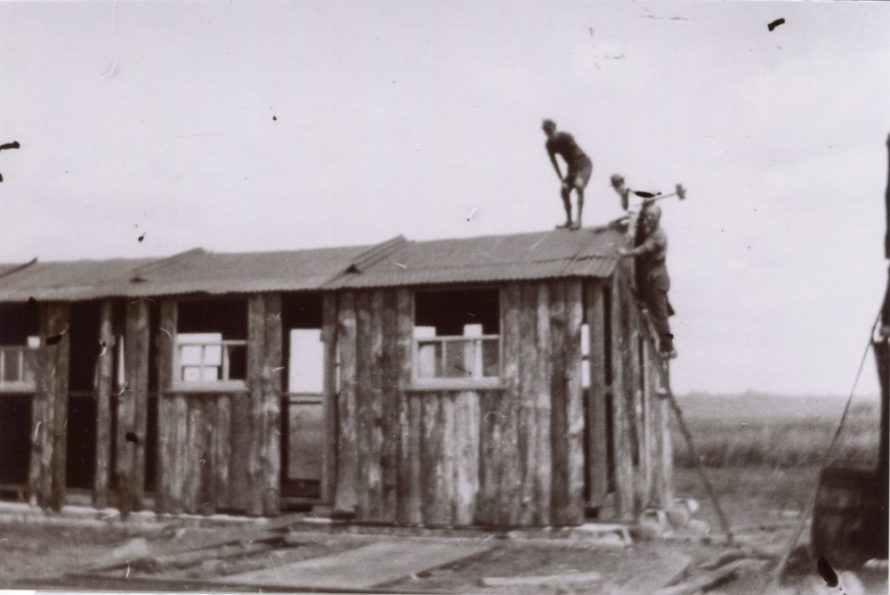 On Canvey Dad met Mr Lindsell, who had come back from Australia with his wife and daughter Enid. Mr Lindsell was starting up as a builder and helped my Dad set the log cabin up on concrete piers. It made up into a big sitting-room, which went from front to back, three bedrooms and kitchen. They built a veranda out to the front. There was no bathroom but we had a privy behind the house. The only water we had was rainwater which ran off the roof and was collected in a big barrel at the side of the cabin. There was no electricity either so we had oil lamps for lighting and a paraffin heater to give a bit of warmth when it was cold. 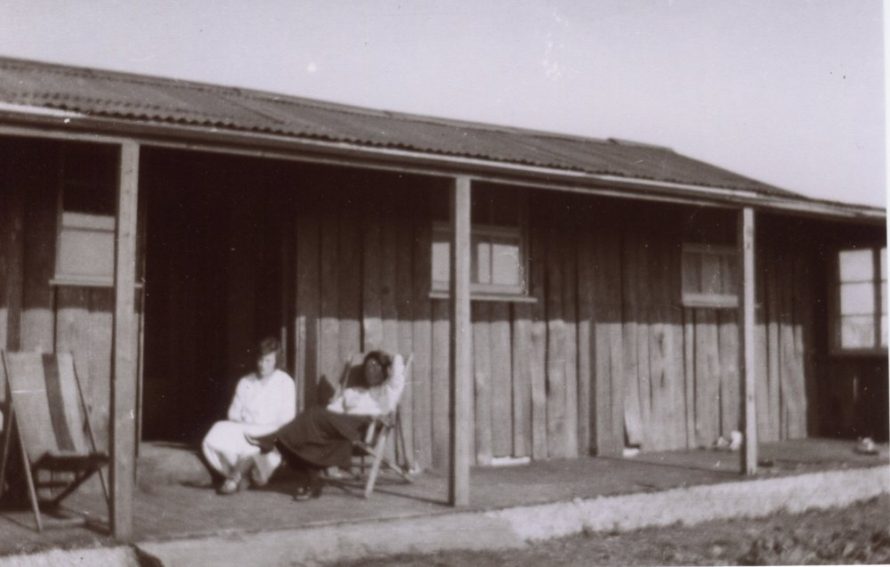 We went down to Canvey at weekends and for holidays all through the 1920s and we loved it. My Mum and Dad joined up with some other couples to set up a social club and all we young people used to meet there. That’s where I met my husband. His parents had a house at Lakeside. If we went down on the same train from Fenchurch Street (because we were both working in London) we would cross the creek, climb the sea wall and walk across the fields. He turned off to Lakeside and I went on to the log cabin.

We often had friends down from London to stay. We had quite a stretch of grass in front of the log cabin and it used to grow quite long if we hadn’t been down for a time.

We were great D’Oyly Carte fans and used to go for walks along the sea wall singing Gilbert and Sullivan songs. We went swimming too of course and Dad used to take us out sailing in an old tub of a boat he acquired.

During the 1920s and early 1930s my Dad was often away. Harold (my brother) was already living and working in New York and my Dad crossed the Atlantic several times looking for pastures new. At the New York Yacht Club one day he heard that crew were needed to take a sailing ship down to the West Indies. He volunteered at once saying he had sailing experience – that old tub at Canvey! The ship was becalmed in the Caribbean but within sight of land. When they eventually got to shore, my Dad thought this would be a nice place to stay. So he forsook Canvey Island and settled in the West Indies.

Palm-fringed beaches are all very well but it would be difficult to better the good times we had on Canvey.” 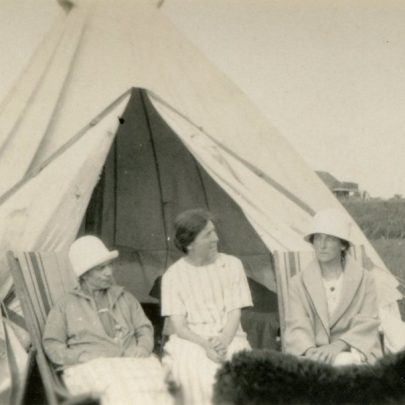 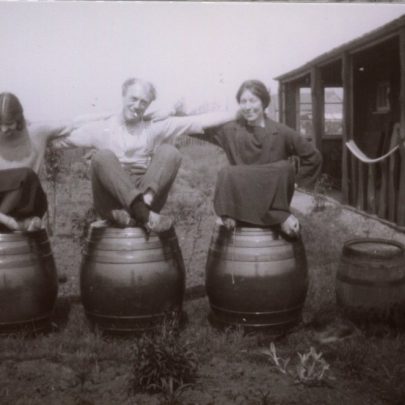 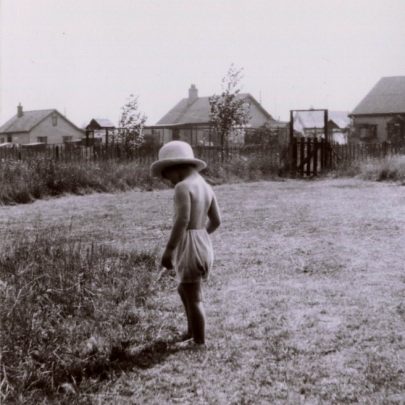 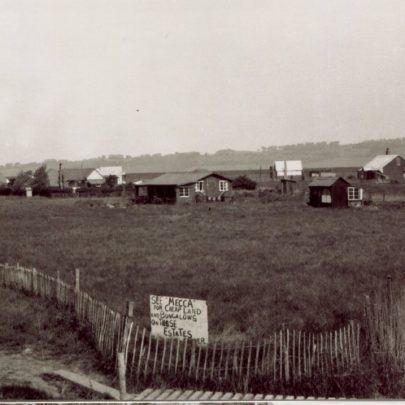 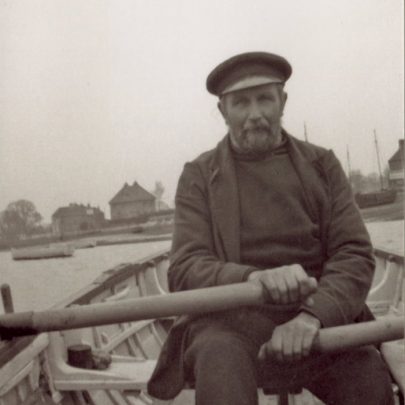 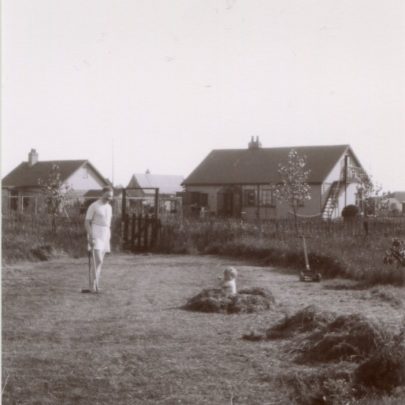